Hundreds of people abandoned their homes and fled to safety as the flood situation worsened in the Kashmir Valley Friday.

The flood situation became serious with unprecedented heavy downpour continuing in the region for the fourth day Friday.

The administration here is finding it difficult to reach the inundated areas.

Reports from all the 10 districts of the Kashmir Valley indicate hundreds have abandoned their homes in inundated areas to shift to safer places.

Electric supply in most areas of south Kashmir districts remains suspended because of uprooted electric poles and apprehensions of accidents due to electric short circuits in water logged villages and towns.

Drinking water facilities in more than 500 water supply schemes have also been disabled because of water logging and electricity failures across the valley.

Sonam Lotus, director of the local Met Office, said that the weather would start improving from Friday afternoon.

In Srinagar district alone, over 70,000 residents in low-lying areas have been affected as flood waters have entered their homes and agricultural fields.

Both the Lidder stream in south Kashmir and the Sindhi stream in the north are flowing above the danger mark, inundating dozens of villages.

“This is posing a serious threat to areas coming under the direct impact of this overflow,” said a senior engineer.

So far, four people have died in Kashmir due to floods, which many believe is the worst to hit the valley during the last 50 years.

“We had a very serious flood in the valley in 1992, but given the sheer magnitude of the damage done by the present flood and the rise of water levels in Jhelum river and its tributaries, the present flood has revived the horrors of 1959 flood in Kashmir,” said Master Ghulam Nabi, 71, who lives in Ganderbal district.

All educational institutions have been closed till Monday by the authorities who have also suspended Haj flights from Kashmir to Saudi Arabia till Sep 8.

Kashmir Divisional Commissioner Rohit Kansal told IANS Radio Kashmir has suspended all routine broadcasts and is now continuously airing only flood related news and messages. The top priority of the state government now is to prevent loss of human lives, he added. 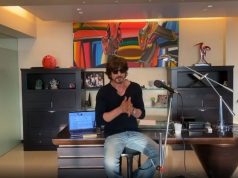