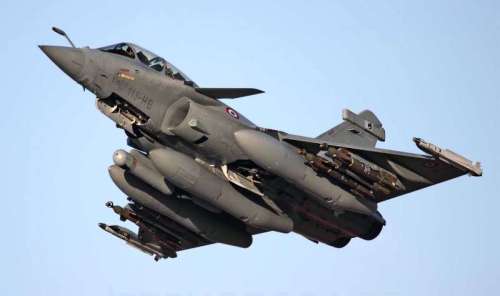 Raffale fighter planes started flying over Iraq at 9:30 a.m. in what was the first military action by Paris as part of the international coalition formed to fight the IS in Iraq.

Fabius announced the flights in an interview on “France Inter” minutes before the international conference on peace and security in Iraq opened in Paris.

Attending the conference are representatives of 24 countries, the Arab League, the UN and the European Union.

Fabius said he was aware that direct French action against the IS increased the possibility of terrorist threats against France, saying the country would have to put its guard up both domestically and internationally against attacks.

The minister ruled out cooperation with the regime of Syrian President Bashar al-Assad to combat the IS, but noted that collaboration with Iran could be possible, although it was not taking part in Monday’s conference.

Fabius said that although Iran was also fighting against the jihadis, the US-led coaltion had what he described as “differences” with the Iranian government.

France’s chief diplomat said that the objective of the meeting was to provide political support for the new Iraqi government, to seek security solutions and to provide humanitarian and reconstruction assistance to the Iraqi people.