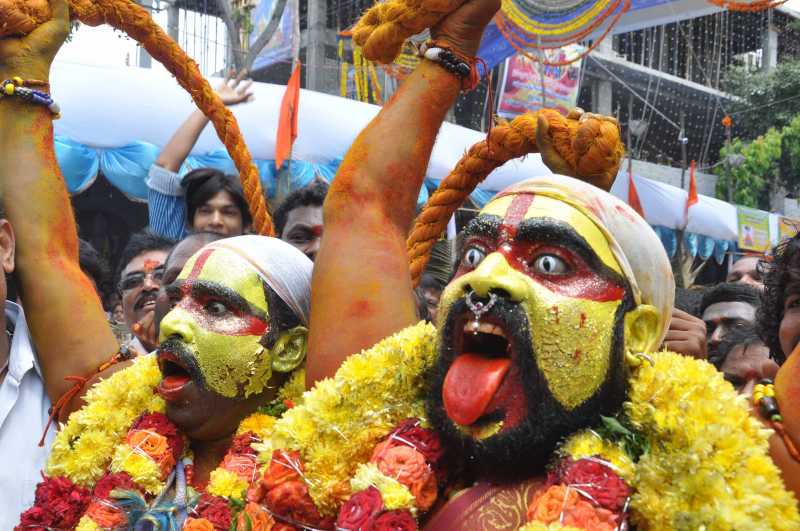 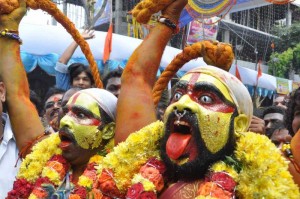 Bonalu, the folk festival of Telangana, was celebrated here Sunday with pomp and gaiety.

Hundreds thronged the Mahankali temples in the Old City and other parts of Hyderabad since morning.

This is the first Bonalu after the formation of the Telangana state. The festival is being officially celebrated as the Telangana government has declared it the state festival.

Chief Minister K. Chandrasekhar Rao prayed at the Mahankali temple at Lal Darwaza in the Old City and made offerings to the presiding deity on behalf of the government.

He visited Akanna Madanna temple at Hari Bowli, also in the Old City. Speaking on the occasion, the chief minister greeted people and promised to allot land for the templeï¿½s expansion.

The festival, which reflects the rich culture of Telangana, was celebrated in a traditional manner across Hyderabad. It is celebrated to ward off evil and usher in peace and harmony.

The women made offerings in the form of food to goddess Mahankali in specially decorated pots.

Attired in their best, women carrying Bonalu on the heads and accompanied by drum beaters made their way to the temples to worship the goddess.

The celebrations in Hyderabad will culminate Monday with the traditional procession in the Old City.

The month-long festivities in the state capital began early this month. Similar celebrations were held in Golconda and Secunderabad.

The festival was also celebrated in the nine other districts of Telangana.