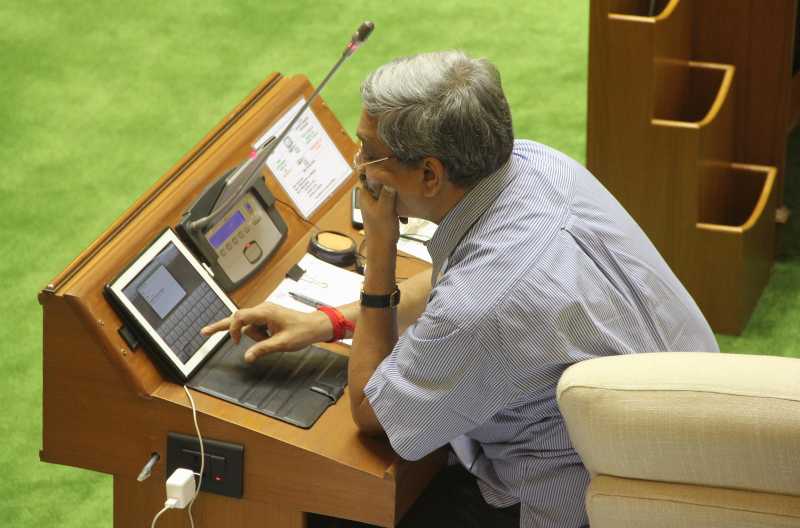 The first serious threat to the manifesto that swept the Bharatiya Janata Party (BJP) to power in the April-May Lok Sabha elections has come from Goa, a state the party rules.

Under pressure from Goa’s mining lobby, which controls the multi-billion rupee scam-tainted industry, the state BJP now wants the NDA government to dilute its stance on auctioning its natural resources and permit the state government to allow mining companies, several of them tarred in the Rs.35,000 crore ($5.7 billion) illegal mining scam, to renew 27 mining leases.State party spokesman Wilfred Mesquita told IANS that the Goa unit would request for a “compromise” on the manifesto assurance to ensure that mining in Goa restarted without delay.In its celebrated campaign ahead of the 2014 general election, the Narendra Modi-led BJP had invoked Gandhian principles vis-a-vis harvesting of natural resources.“We will implement auction of precious resources through efficient mechanisms including e-auction,” the manifesto’s ‘Natural and National Resources’ reads.Modi during a pre-election rally in Goa had himself advocated auctioning of natural resources and had criticised the United Progressive Alliance for not allowing him to auction a limestone mine lease.While not denying that auctioning would bring greater revenue, Goa Chief Minister Manohar Parrikar last week told the assembly that auctioning poses risks like “inviting unknown business interests, who are often referred to as the mining mafia, to carry out and undertake mining activities, causing risk and danger to the several areas including “ecological factors”.Parrikar also quoted an August 13 order of the Panaji bench of the Bombay High Court, which directs the Goa government to renew 27 mining leases, renewal fees for which have been paid.“The judgment and order of the honourable High Court virtually leaves no choice to the state government, thereby to completely abandon the process of competitive bidding for earning the best revenue to the state government,” the chief minister also said, even as ruling and opposition legislators, several of them involved in the mining and allied businesses, urged him to restart mining at the earliest.The court order came a few months after the April order of the Supreme Court, which, while lifting the ban on mining (imposed in September 2013), also rendered all mining leases invalid from 2007 and all mining carried out in these leases illegal.What is even more interesting is the fact that the Goa government has chosen not to appeal against the high court order. Instead, it has opted for the lease renewal route, even as several mining firms which are claiming rights to the 27 iron ore leases have been indicted by the Justice M.B. Shah Commission of Enquiry. Shah has also recommended a Central Bureau of Investigation (CBI) probe against these companies.Environmentalist Claude Alvares, whose Goa Foundation had filed a petition in the Supreme Court which eventually led to the mining ban, said that Parrikar’s comments are loaded with contradictions.“If a teacher is involved in raping school students, will you allow him to continue to be a teacher? A lot is being said about mining, but nobody is blaming the mining companies,” he said, warning that if the government formally opted for the lease renewal route, “they will have themselves to blame if someone goes to the Supreme Court and challenges it”.The Congress too has “congratulated” Parrikar and the state government for being the first BJP-ruled to openly defy the Modi manifesto.“We congratulate Mr. Parrikar on becoming the first BJP chief minister to actually defy a promise made by our prime minister in his election manifesto! While Mr. Modi is rightly rooting for the auctioning of mining resources, so that the state gets more revenue, Mr. Parrikar has gone on record saying he prefers renewing the leases to the same mine owners,” Congress spokesperson Durgadas Kamat said at a press conference on Saturday.