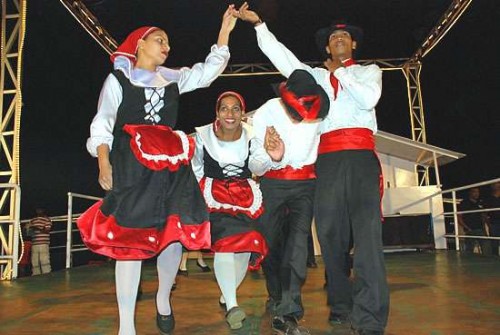 Over food, songs and films, Goa will engage with the culture of its colonial past in the sixth edition of the Semana da Cultura Indo-Portuguesa, an Indo-Portuguese cultural fest stretching over four months, kicking off on.

The festival will see a celebration of Indian and Portuguese culture including art, cinema, music, cuisine, theatre, literature and more. The previous edition was held in Lisbon last year on an experimental basis.

Announcing this, newly appointed Portuguese Consul General Rui Carvalho Baceira, who is also the convenor of the festival’s executive committee, said that it will include interactive sessions on Goan culture, a fado singing competition, a Lusophone film festival, creative writing sessions and workshops and a two-day food and music festival.

Literally translated as the ‘Indo-Portuguese cultural week’ the festival was started in 2008 to celebrate the unique Goan fusion culture and Goan identity honed over 451 years of Portuguese rule.

It has seen the bringing together of several organizations, many of which date to the Portuguese regime, including the Indo-Portuguese Friendship Society-Goa, Clube Vasco da Gama, Clube Nacional, Clube Harmonia Centro de Lingua Portuguesa/Camoes, Fundacao Oriente and Bernado Peres da Silva (BPS) Club-Margao.

Unlike most parts of India which experienced British rule for nearly 200 years, Goa’s engagement with its Luso colonisers has made the connect deeper and richer – and hence, more complex.

Even though the Indian armed forces liberated Goa in 1961, the fusion between the culture of the colonist and colonizer is still evident in Goa’s food, music, dance, architecture, laws and even language.

The earlier editions of the Semana have tried to portray Goan culture, including art, cuisine, films and other art forms through Goan and Portuguese artists who performed in Goa and delighted creatively attuned audiences here.

“Through the Semana da Cultura Indo-Portuguesa, we would like to share and enjoy the essence of our diverse culture and keep the unique Goan identity alive,” Jose Elmano Coelho Pereira, chairman of the executive committee and a prominent advocate, told IANS.

The event will begin with a session on “Goan Culture – The Road Map for Tomorrow” moderated by a local legislator, Vishnu Wagh, and will see the participation of several prominent Goans.

Marking the 400th anniversary of “Pilgrimage”, written by Fernao Mendes Pinto, a workshop on creative writing and a short story writing contest will be held by Camoes Instituto da Cooperacao e da Lingua Portugal Nov 22-29, which will be partnered by Semana da Cultura Indo-Portuguesa.