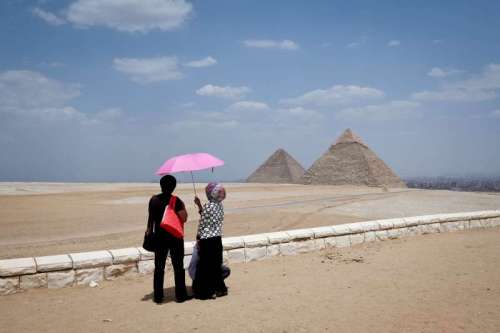 If you are yet to experience the wonders of the ancient world still surviving in Egypt, you can now turn into a virtual visitor — thanks to Google Street View — and explore the pyramids from the comforts of your home.

Google has unveiled navigable images of the ancient monument and other Egyptian attractions – including the pyramids of Saqqara, Saladin’s citadel, and the ancient city of Abu Mena, The Guardian reported.

It is for the first time that Google Street View has documented a part of Egypt.

Launched in 2007, Google Street View has so far documented famous sites across 59 countries in the world, including the Taj Mahal in India.

To photograph the wonders of ancient Egypt, the internet giant dispatched its team of “trekkers” laden with a camera on their backs.

“It was a unique experience for us as well, because the equipment really got tested in the heat,” Amita Khattri, programme manager at Google Street View was quoted by Time as saying.