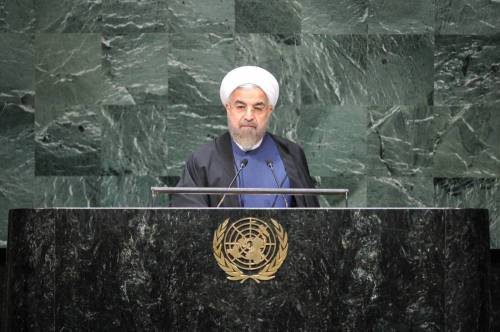 The monthly update report by the IAEA indicated that the Iran is continuing to meet its commitments under the interim accord that came into effect in January, Press TV reported.

The report added that Tehran has taken an additional step under the deal and diluted over 4,100 kg of uranium enriched to a fissile concentration of up to two percent down to the level of natural uranium.

Iran and the five permanent members of the UN Security Council – China, Russia, Britain, France, and the US – plus Germany clinched a landmark interim deal in the Swiss city of Geneva Nov 24, 2013.

Under the Geneva deal, dubbed the Joint Plan of Action, the six countries undertook to provide Iran with some sanctions relief in exchange for the Iran agreeing to limit certain aspects of its nuclear activities during a six-month period.

As part of the interim deal, Iran suspended 20-percent uranium enrichment as of Jan 20 when the agreement came into force.

Iran then started to dilute and oxidize its 196-kg stockpile of 20-percent-enriched uranium.

The IAEA has been publishing monthly reports on Iran’s commitments under the comprehensive deal.

In July, Iran and the six countries agreed to extend their discussions until Nov 24 in an effort to achieve a permanent nuclear deal.

The two sides are expected to discuss ways of reaching a final agreement over Tehran’s nuclear energy programme.

Iran’s right to enrich uranium is among the bones of contention between the two sides.