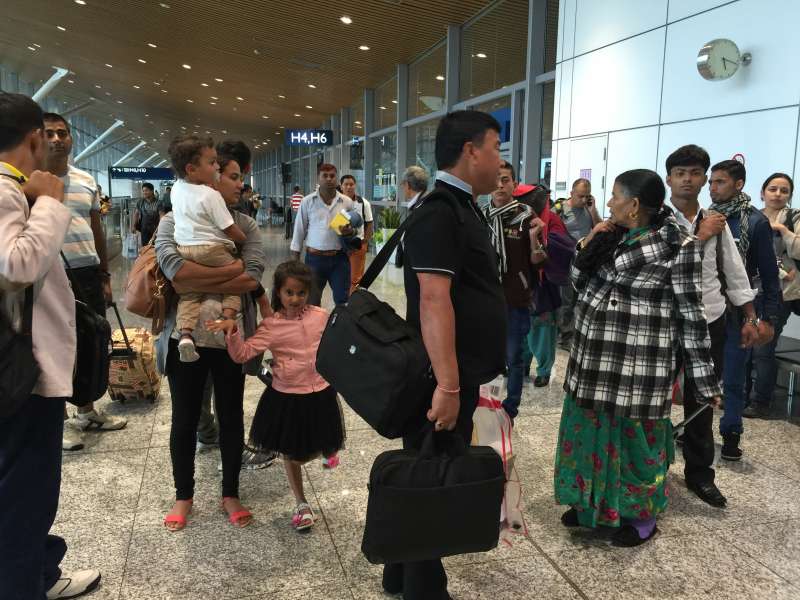 The Indian Air Force has fetched 1,935 Indian back from Kathmandu to New Delhi , even as its personnel continued with “Operation Maitri” in quake-hit Nepal overnight despite inclement weather, Sitanshu Kar, spokesperson for defence ministry, said.

“As of now, the IAF has evacuated 1,935 passengers from Kathmandu utilising 12 aircraft sorties,” he said.

“The IAF continued its operations last night despite odds.”

Quoting the Indian embassy in Kathmandu, the spokesperson for India’s external affairs ministry, Vikas Swarup, said, Indians will now also be evacuated by busses from Pokhra, a hill resort in the Nepal, to Raxaul in Bihar.

In Nepal, IAF personnel had concluded by 8.00 a.m. the five aborted sorties that could not be be undertaken on Sunday due to fresh aftershocks and seven more.

As fresh tremors continued in the early hours of Monday, the Rapid Action Medical Team of the IAF was ready with medicines and equipment to open a first aid unit at Lagankhel on the outskirts of the airport in Kathmandu, Kar said.

“Three doctors and 25 paramediccs will man the centre,” he said adding that six medical teams and an engineer task force, besides blankets, tents and other relief items were being flown in to Nepal on Monday.