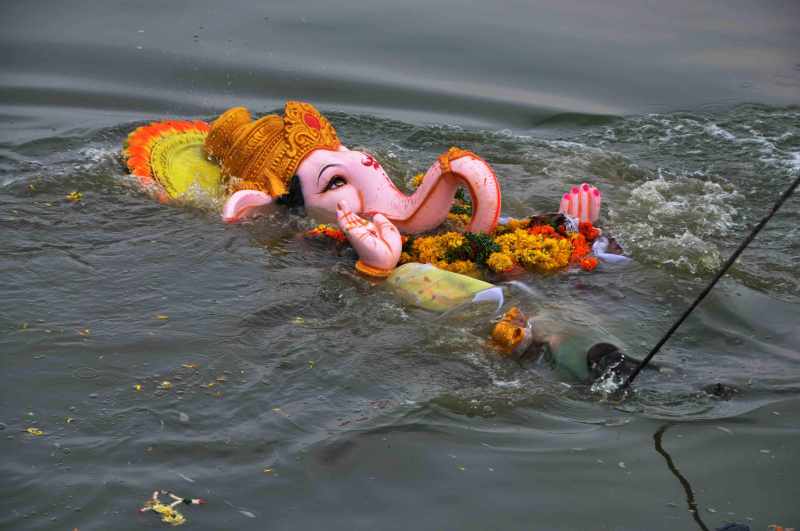 The curtains fell on the 11-day long Ganeshotsav festivities – in which the elephant-headed god Lord Ganesh was worshipped – in Mumbai and other parts of India on Anant Chaturdashi….reports Asian Lite News

After performing the farewell ‘Uttar Pooja’ thousands of big, medium and small idols of Lord Ganesh shall be taken out to various immersion points across for ‘visarjan’ or immersion.

The main events took place in Mumbai, the capital of Maharashtra. Besides Mumbai, similar immersion processions shall be taken out in Thane, Palghar, Pune, Kolhapur, Nagpur, Aurangabad, the Konkan region where its celebrated in a traditional fashion and a huge tourist draw, and other cities in the India.

The Mumbai Police, Brihanmumbai Municipal Corporation (BMC), Navy, Indian Coast Guard (ICG) and other agencies have made elaborate arrangements for the safe and smooth conduct of the visarjan at all natural and artificially created water bodies in the city and state.

Besides a massive police force deployed along with CCTV, metal detectors, dog squads and other security gadgets, the BMC has deployed firemen, divers, the Navy and ICG will monitor the immersion process with helicopters speedboats and navals ships ready to tackle any contingency all along the coast.

This year this is a risk from large number of groups of jellyfish and stingrays all along the Konkan coast for which devotees have been advised to take precautions like not venturing bare-legged or bare-footed into the waters. 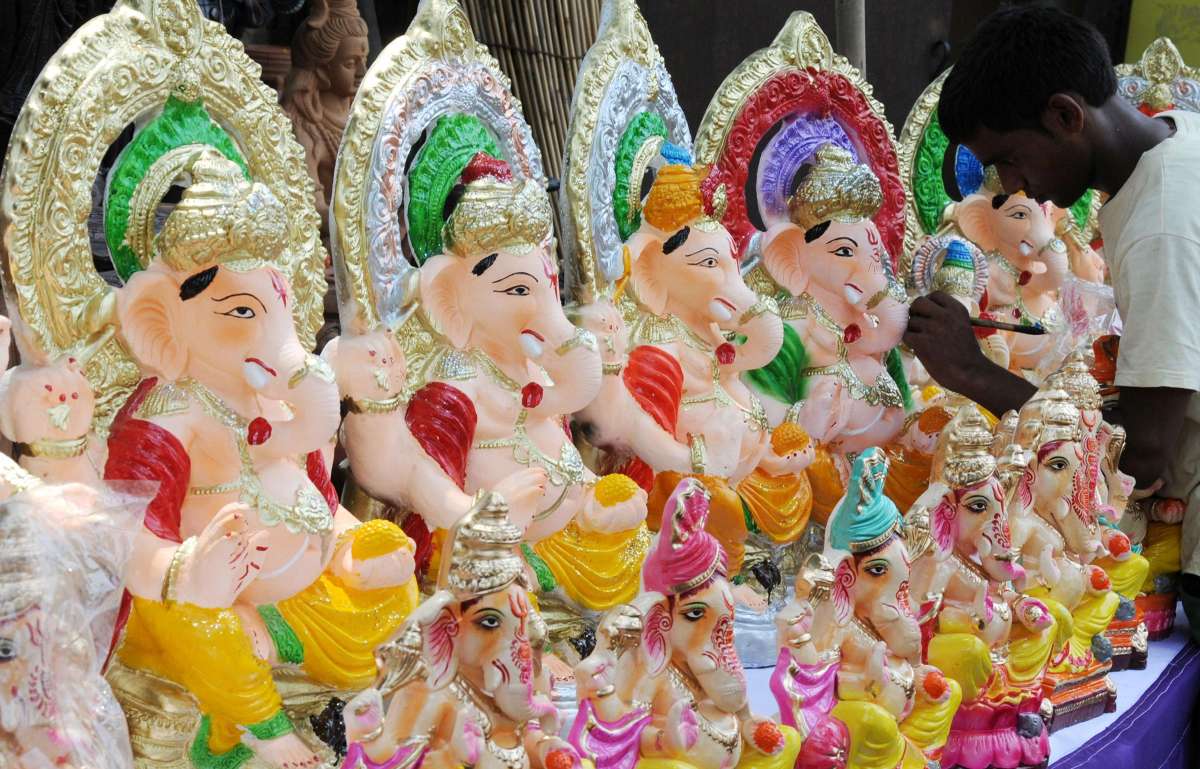 Over a lakh big and small idols of Lord Ganesh shall be taken out for immersion on Thursday in the final round, preceded by the regular one-and-half-days, fifth, seventh day of immersions.

The day started with heavy rains since morning engulfing Mumbai and other part of the coastal Konkan region which could slow down the huge processions carrying the idols.

The popular immersion points for the large idols are the Arabian Sea, the various beaches and creeks in Mumbai, scores of artificial water bodies created by the BMC for immersion, lakes, wells and ponds.

In other parts of the state, the immersions will be carried out in big and small rivers, lakes or ponds and reservoirs.

In Mumbai, huge immersion processions shall start shortly for Girgaum Chowpatty, the historic and famous place for visarjan, besides the beaches Dadar Chowpatty, Juhu Chowpatty and at Versova, Madh Island, Marve, Manori, Gorai.

Among the big idols, the Ganesh Gally’s ‘Mumbaicha Raja’, ‘Lalbaugcha Raja’ and other huge idols measuring upto 20 feet have already started the processions and shall wend their way to Girgaum for the immersions by late evening.

Along the route, millions of teary-eyed devotees, domestic and international tourists lined up the roads for a glimpse of the idols of Lord Ganesh in various shapes, sizes, designs and forms.

The annual Ganeshotsav is Maharashtra biggest public festival which has transcended religious boundaries and celebrated by people of all communities who not only join the prayers and festivities, but a few also install Lord Ganesh idols in their homes.