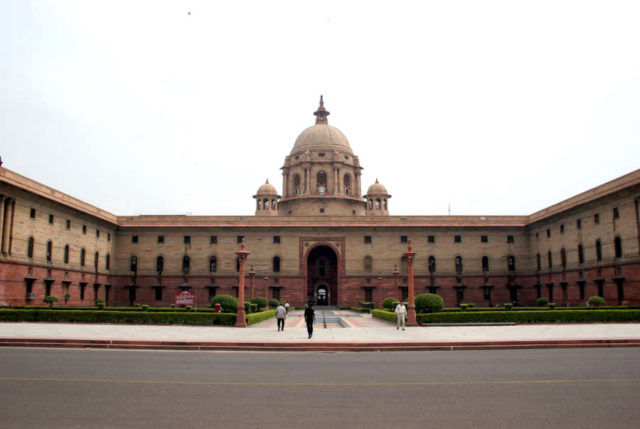 The Defence Ministry’s official website was hacked on Friday while nine other government sites, including that of the Home Ministry, also crashed in no time. But the government said it was all due to a “process of technical upgradation”….reports Asian Lite News

The trouble began with the Defence Ministry website where a Chinese character appeared on top of its home page when www.mod.gov.in was opened. Later, the words “the site cannot be reached” and “please try again” appeared.

Minutes later, Defence Minister Nirmala Sitharaman took to Twitter to say: “Action is initiated after the hacking of MoD website.

“The website shall be restored shortly. Needless to say, every possible step required to prevent any such eventuality in the future will be taken,” she said.

The National Information Centre (NIC), however, refuted the Defence Ministry website had been hacked.

“https://mod.gov.in is not hacked. There is some technical issue since 2.30 p.m. today (Friday). Drupal theme https://www.drupal.org/project/zen framework. The site displayed the default logo,” NIC tweeted. 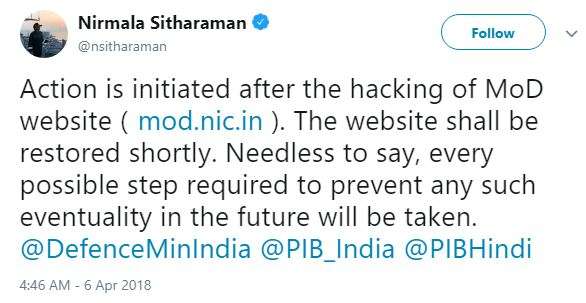 Soon after the Defence Ministry website episode, other government sites — including those of the Union Home Ministry, Water Resources Ministry, Labour Ministry and Law Ministry — crashed on Friday.

When opened, the home pages of all these sites displayed error messages “the requested service is temporarily unavailable. Sorry for Inconvenience. It would be available soon.”

A Home Ministry spokesperson said its departmental website was not hacked and that “it was a process of technical upgradation as security features were being upgraded”.

Gulshan Rai, head of the Computer Emergency Response Team or CERT, said there had been no cyber attack on any government website or any sabotage.

“It is a hardware failure, affecting around 10 government websites. Drupal is a content management software used by the affected websites. The websites will be restored soon,” Rai said.

CERT-In is the national nodal agency for responding to computer security incidents when they occur.