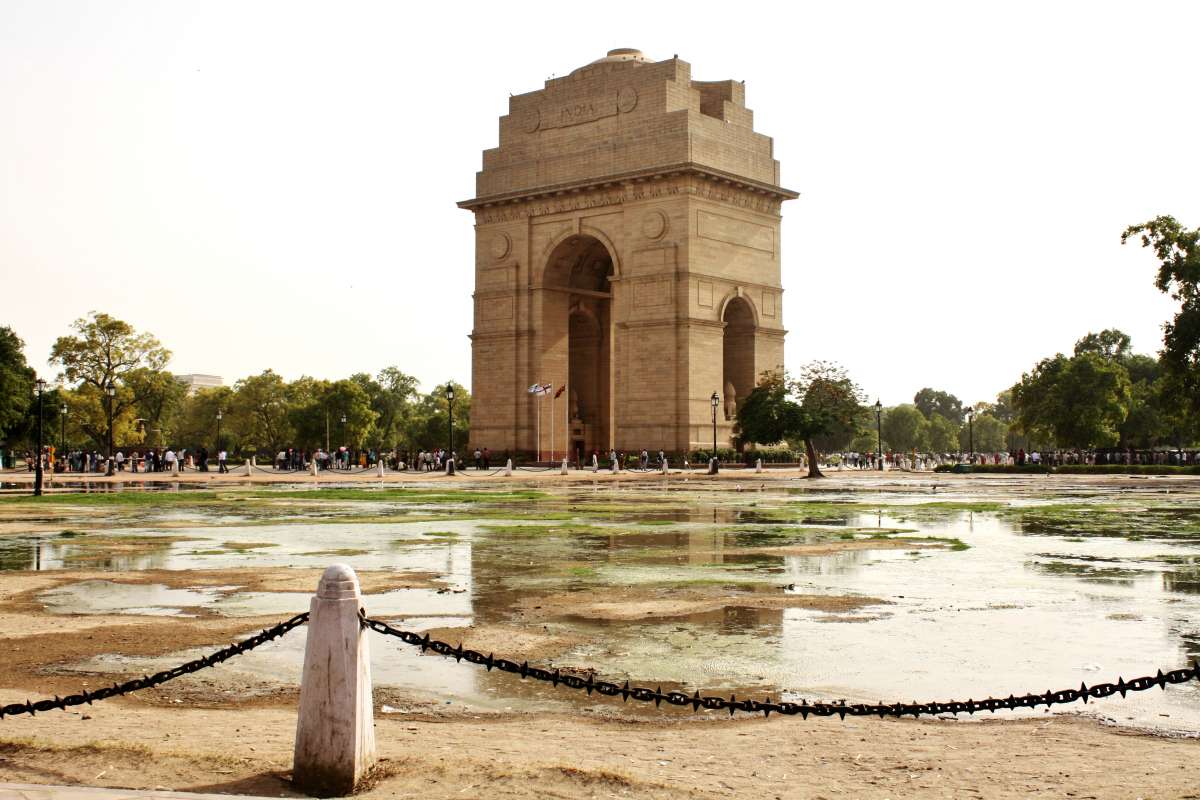 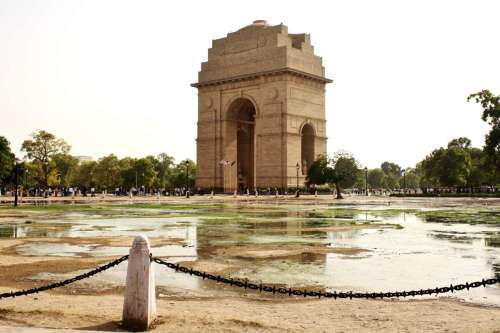 Dirty paper plates and bowls, ice-cream covers and empty chips packets, and dry husks of roasted corn strewn on both sides of the road and all over lawns – it was business as usual Sunday evening at the Rajpath boulevard near India Gate – the capital’s landmark site from where Prime Minister Narendra Modi had launched the Clean India campaign less than two weeks ago.

Sunday being a holiday, scores of Delhi residents, mostly families, thronged the expansive lawns on both sides of Rajpath, that connects the India Gate war memorial and the Presidential Palace, to eat, play and spend time with each other. However, a walk around the gardens and the roads revealed that the fervent appeals made by the prime minister fell on deaf ears as the area was littered with plastic packets, plates, bottles, napkins and other garbage.

The lawns nearest to India Gate were lined with push-carts and kiosks selling ice-creams, cold drinks, munchies, chowmein, and other popular street foods. While many of them did have attached dustbins, it was a sorry sight to see people, majority of whom appeared to be educated and from well to do families, carelessly throwing the empty packets and plates on the roadside.

There were though some responsible people around.

The 42-year-old Bimla, selling bhel-puri (spicy puffed rice and chopped vegetables) would have none of littering and politely asked her customers to throw the dirty plates in a cardboard box, right next to her cart.

“I feel awkward telling the educated people to throw the plates in the dustbin. I have never been to a school but don’t they teach basic manners there?” wondered Bimla, who hails from Uttar Pradesh and lives in west Delhi’s Todapur with her two sons.

“I have been selling snacks here for the last five years and have always made it a point to keep my surroundings clean,” Bimla said.

Her views were supported by 30-year-old Rambir Singh, who was selling chips and cold drinks nearby.

“To make clean India campaign a success, the government needs to do much more. It’s the same story here every weekend especially after Sunday night. The lawns and roads are covered with filth and mess,” he said.

However, 28-year-old Anubhav Bhatia who had come to the lawns for a picnic with his family complained that the spots where the dustbins were located were too far off and not properly lit.

“That’s why many people leave the garbage here. The authorities should either shift the dustbins or light up the spots, said Bhatia, an HR executive in a private firm.

A Delhi Police constable patrolling the lawns had a different point of view.

“See it all comes down to your priorities. People have the time to stroll around while savouring a kulfi but you can’t expect them to walk a few metres to find a dustbin,” lamented the officer who did not wished to be named.

But according to some, a change is indeed coming in the attitude of at least some people.

Ayub Khan selling chowmein never bothered to keep a portable dustbin nearby but now does so on the advice of some of his customers.

“Earlier, if I got 10 customers in a day, none of them ever bothered about disposing off the dirty plates and spoons properly. But now, after the campaign (clean India) started at least five out of those ten customers use the dustbin,” said Khan.

“Change will come definitely, but it will take time. After all, this is India, you can’t expect things to happen overnight,” he added with a smile.