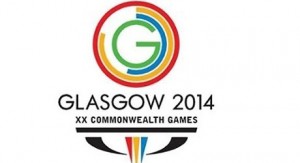 The Athletics Federation of India (AFI) has announced 32-member Indian team for the Commonwealth Games in Glasgow from July 23-Aug 3, thus bringing down the number to 32 from 41 selected originally.

India’s track and field squad, comprising of 17 women and 15 men in addition to 12 coaches and three support staff, will be seen in action in track and field competitions from July 27 to Aug 2.

After announcing the squad, chairman of the selection committee and former Olympian Gurbachan Singh Randhawa said: “We have selected the best medal prospects and it is a fine blend of experienced and talented youngsters.”

AAFI president and former Olympian Adille J. Sumariwalla said: “The previous Commonwealth Games in Delhi produced a record haul for Indian athletics. It’s always challenging to emulate success but we are sending a bunch of very talented and motivated athletes who will spare no efforts to bring glory to the nation.”

The first batch of Indian athletics squad comprising of 26 members, including the coaching and support staff, reached Glasgow Monday for acclimatisation and competition.