According to the FAO, the world is facing one of the worst infestations of locusts in decades and that could put millions of people, especially in Africa, at risk of starvation…reports Arul Louis from UN

The Food and Agriculture Organisation (FAO) has issued a warning about twin invasion of desert locusts coming to India starting in May, but an official said that the country is prepared to meet the challenge.

“This year there is a twin danger of swarm invasion from Iran and as well as from the Horn of Africa,” FAO’s Senior Locust Forecasting Officer Keith Cressman told IANS on Monday.

According to the FAO, the world is facing one of the worst infestations of locusts in decades and that could put millions of people, especially in Africa, at risk of starvation.

The FAO and UN have made an appeal for $70 million in funds to help fight the locust menace.

In South Asia, Cressman said, “This year there is a very acute danger of the locusts for the first time in a long time to migrate in great numbers from the horn of Africa at the beginning of the monsoon rainy season in India and Pakistan.” 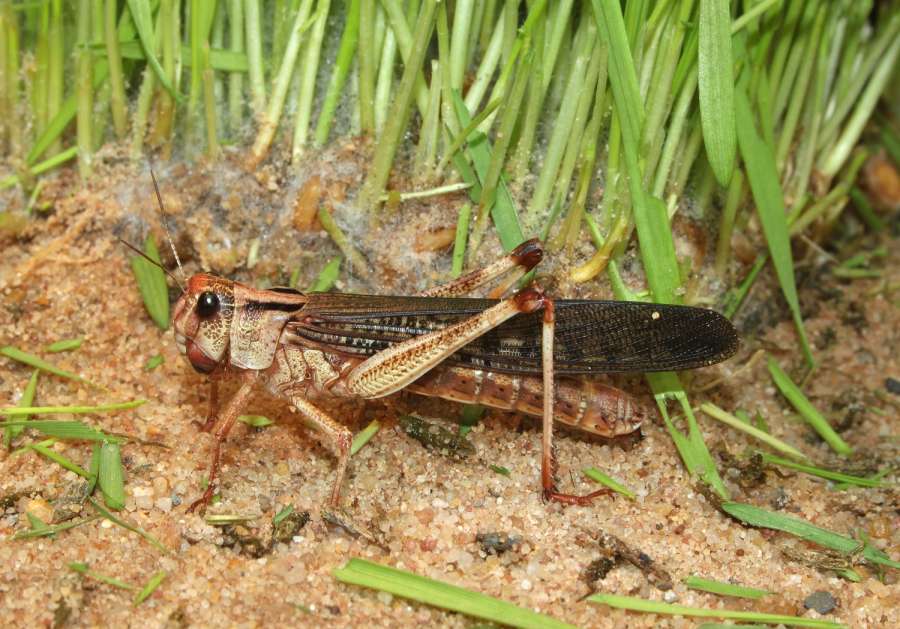 After a recent visit to India to survey the situation, he said that he felt that India was ready to meet the challenge “because they met the challenge last Summer very well. but they also learned very many lessons from six months of control operations and now they are applying these lessons.”

“There is a potential risk that the swarms can move from the Horn of Africa, starting in about mid-May until about some time in July to meet those monsoon rains that arrive in Rajasthan in India and Cholistan-Tharparkar in Pakistan,” he said.

Adding to that risk is the early breeding of locusts in southern Iran because of warmer weather and good rains, which could result in a repeat of the invasion from that area to the border areas of India and Pakistan that happened last year,Ahe said.

Heavy rains and cyclones have set off a major resurgence in the population of locusts in the Horn of Africa, according to the FAO.

The risk from the Horn of Africa “is due to the large concentration of locusts that are currently present in Kenya, Somalia and Ethiopia, and the possibility for them to increase further in number in the next six months between now and June so they can increase up to 400 times than we have now,a he said.

“If the control operations and the response is not as effective as is hoped, and if the weather continues to be favourable for the locusts, then there could a very great danger of locusts swarms migrating from the Horn of Africa to the desert areas along the border on both sides of India and Pakistan,” he added.

Cressman said he visited India January to survey the desert areas along the border with Pakistan where there are still some locusts still left over from last summer.

“They are, of course, dying out; it’s a dry season, it’s a bit too cold for them to mature and lay eggs until those rains start again in May,” he added.

During the visit, he said he met with Indian officials and “We discussed what steps, preparatory steps they can take now between now and May or June to be prepared for this twin risk of invasion.”

In Kenya, which has seen the worst locust infestation in 70 years, swarms 60 km long and 40 km wide have invaded the country’s northern countries, according to FAO.