India asked Pakistan to refrain from meddling in the internal affairs of the country and advised it to take action against the terrorism emanating from its soil….reports Asian Lite News

“Strong Indian democracy and justice system need no self-serving sermons, that too from a country like Pakistan.”

He was responding to a query on Pakistan expressing concern at the order of the Indian Court in the Ajmer Sharif blast case.

“Pakistan is well advised to refrain from interfering in internal affairs of India in any form; not to resort to denial from the reality of terrorism emanating from its soil,” Baglay added.

“Swami Aseemanand had publicly confessed that he was the ‘mastermind’ of Samjhauta Express terrorist attack of February 2007,” the statement released by the Pakistan Foreign Office said.

On March 8, a special court acquitted Swami Aseemanand and six others in the 2007 Ajmer Dargah blast case, giving them the “benefit of doubt”. The bombing killed three people and left at least 15 others injured. 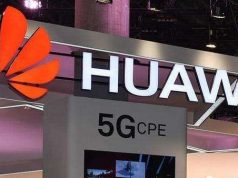