Home COLUMNS INDIAN TV: The Good, the Bad and the Ignorant
Advertisements

Where do they get them? It is unbelievable how frightful TV crew are when they are covering a story…writes Bikram Vohra 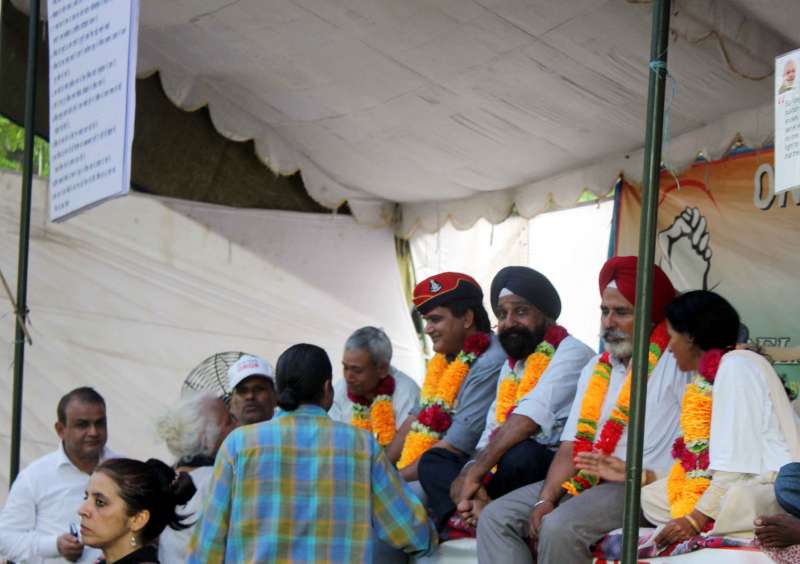 I have been invited to meet with the ex-servicemen currently on protest and this little buttercup with a mike in her hand is introducing Major General Satbir Singh (the spearhead of the One Pension One Rank movement) as the person who is leading army man strike fighting for rights (sic).

It is not a strike lady, these are retired soldiers and officers, they don’t go to work. And it is not one army man, it is over  two million armed forces in India.
Another officer is referred to as Mr. L. T. Jen, ostensibly meaning Lt. General whoever.

I am already reeling from the faux pas where one anchor indicated to his audience that Abu Dhabi was 9000 kilometres away. Since it is a less than a quarter of the distance where did he get that from.

Another guy blithely said Saudi Arabia has agreed to the construction of a temple during PM Modi’s visit implying that Abu Dhabi is the capital of the UAE is in Saudi.  Don’t these people do their homework?

Back at the protest meet buttercup has been replaced by another channels daffodil who is saying so you are calling it off.
No, says the General ,we are not calling it off.
But you just saided that (sic).

I did not say that, I said we are having a ten day cooling off phase which means we are not escalating the protest but holding the current position, there is a difference between calling off and cooling off.

To her aid comes Sir Galahad, a colleague, and he shoves the mike into the general’s face and says but you are stopping the hunger strike to death, where is the story then.

We are requesting the two people on strike to undergo a medical check since one is diabetic…
To which a fourth bright spark says, he has dibitis (sic) which one.
Number three, who is still annoyed that two ex servicemen might drink juice break their fast and not die says to all within hearing that the guts have gone, they are giving up.

By now the general is as frazzled as a potato chip but he gamely continues.
A major TV network’s representative now walks in and says, is it over?
By now I am sort of rolling on the road with mirth and she says, who to in-terwiew? That man. Okay what-what to ask, bhai.

Where do they get these people from? I think it is a financial thing, get the cheapest.

You just cannot be so indifferent to your story and not do your homework.
There must have been twenty odd media crew and the best they could do is ask what the agenda was, what was the plan, when are you meeting the Prime Minister and, presto, will you give in?

Besides their blathering ignorance they are rude, pushy, hostile and because they have a mike in their hands they think they can shove anyone around.
Look at print journalists…poor folks, still slaving away on background info in case they go wrong…join TV guys you need to know nothing about nothing.