Shilpa Raina looks into the inspirational lives of Nobel laureates

A bicycle and a book on mathematics belonging to economist Amartya Sen, a notepad of Peruvian author Mario Vargas Llosa and a wooden bear that was on the desk of Finnish politician Martti Ahtisaari – these and other personal collectibles of various Nobel laureates would be on display as the Stockholm-based Nobel Museum’s exhibition makes its debut in this country.
The timing of this exhibition, “Nobel Prize: Ideas Changing the World”, couldn’t have been better as the news of child-rights champion Kailash Satyarthi sharing the 2014 Nobel Peace Prize with Pakistan’s girls education activist Malala Yusufzai has enthused Indian audience.
Though the exhibition won’t have any personal objects from Satyarthi’s life, there would be a “short piece” on him.
The exhibition is coming to India during the “Sweden Indian Nobel Memorial Week”. It would be showcased in the capital from Oct 31 to Dec 11 at the Nehru Memorial Museum and Library.
Alongwith this, there will be extensive series of lectures and seminars from Oct 30 to Nov 6 in Delhi, Bangalore, Mumbai and Pune.
According to Mattias Fyrenius, CEO of Nobel Media which develops and manages programmes and productions relating to the Nobel Prize, the exhibition is a good way of “inspiring future generations” so that they take more interest in research.
“We are trying to inspire people and showing them different areas of their (Nobel laureates’) work,” Fyrenius told IANS in an interview over the phone from Stockholm.
“Through these objects, artefacts and personal collectibles we are narrating stories of how certain things inspired them during their journey. We want to tell the stories about them,” he added.
The Nobel Museum is devoted to circulate information on the Nobel Prize, Nobel laureates from 1901 onwards, and the life of the founder of the prize, Alfred Nobel.
The museum aims to spread knowledge as well as to create interest and discussion around the natural sciences and culture through creative learning.
“We (museum) are very vague when it comes to collecting objects from various laureates. We don’t have physical objects of each and every laureate. So in these cases we find stories that people would find interesting and are told through interactive media,” Fyrenius said.
“We try to get the audience engaged with these laureates,” he added.
This multi-city cultural activity is in its eighth year.
Fyrenius said the reason they have come to India is because they felt Indians have great interest in research.
“Indians are curious about finding more about research… we too want Nobel laureates to educate people about their lives, research and contribution to the world,” he said.
The week-long activities will begin in Delhi with Nobel laureate George Smoot’s (Physics/2006) keynote address at the Indian Institute of Technology, where the question “How did this universe begin” would be explored.
Finn Kydland, 2004 laureate in economics, would delve into “Economic Policy and the Growth of Nations” at Mumbai and Pune.
“We really want to celebrate the life of the Nobel laureates who were behind many innovations and have given immense contribution to society,” Fyrenius concluded. 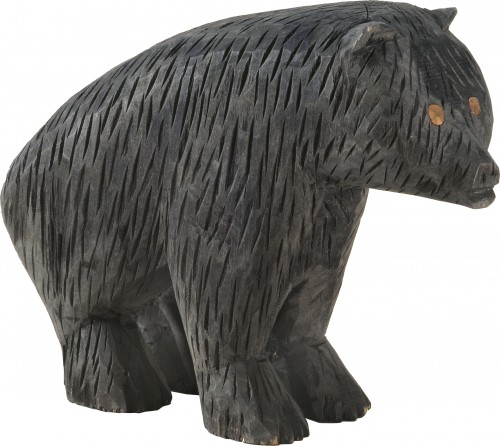