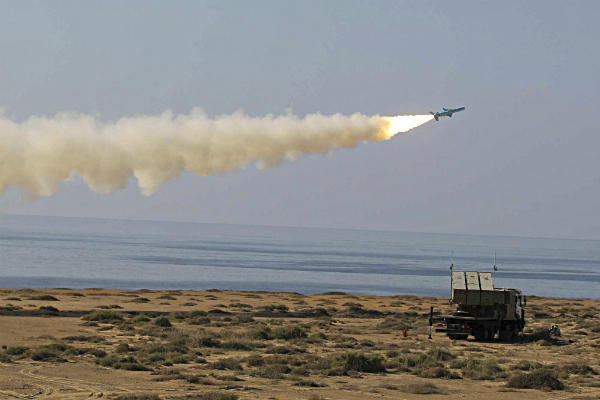 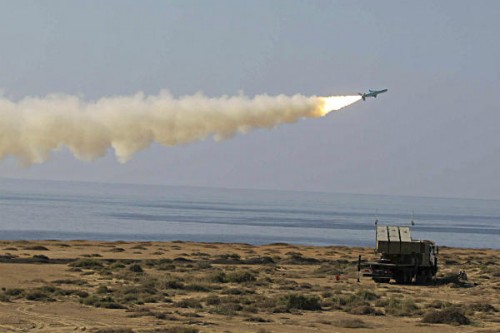 The Iranian navy has successfully tested its latest torpedo and cruise missiles on the sixth day of massive military exercises code-named Muhammad Rasulullah (PBUH) in the southern part of the country.

The torpedo successfully hit its predetermined sub-surface target in the waters of the Sea of Oman in southern Iran.

The overhauled SH-3D combat helicopter joined the Iranian Navy in November last year. It has anti-submarine capabilities and can carry missiles and torpedoes.

The Nour cruise missile was fired by the Coast Guard of the Iranian Navy and successfully hit and destroyed a target in the Sea of Oman.

Nour is a cruise missile with a range of over 120 kms. It has been used by the Iranian naval forces and the Islamic Revolution Guards Corps (IRGC) in different manoeuvres .

Nasr is a short-range smart cruise missile capable of destroying 3,000-ton vessels. It can be fired from coasts, various vessels and helicopters.

The joint manoeuvres by the Iranian Army’s ground, naval and air forces are logistically supported by Khatam al-Anbia Air Defence Base and cover an area of 2.2 million sq kms stretching from the east of the Strait of Hormuz to the southern parts of the Gulf of Aden.

The Islamic Republic has frequently announced that its military might poses no threat to other countries, stating that its defence doctrine is based on deterrence.