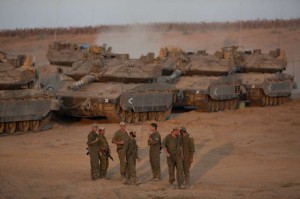 A long-term truce in Gaza was agreed with Israel Aug 26. The ceasefire mediated by Egypt came into effect after the two sides agreed to an unlimited and immediate ceasefire.

Israeli naval forces usually free detained fishermen after questioning them. Israel says it does so to fight smuggling of weapons to the enclave through the sea.

At the end of a 50-day Israeli offensive on the Gaza Strip which started July 8, Israel allowed fishermen in the coastal enclave to go for fishing.

During the large-scale air, sea and ground offensive on the Gaza Strip, Palestinian health ministry officials said 2,140 Palestinians were killed and 11,100 injured, two-thirds of them civilians.