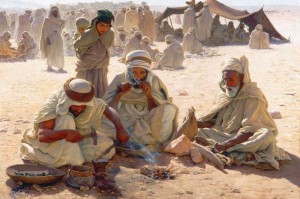 The petition Sunday was submitted following the death of Auda al-Wadj, a 32-year-old Bedouin who was hit by a rocket near city of Dimona Saturday, Xinhua reported.

Four of his family members, including his three-month-old daughter, were wounded and taken to hospital.

However, the justices said there is nothing wrong with the policy of the ministry of defence and the regional councils not to protect the Bedouin villages.

“Thousands of residents of Negev villages of southern Israel live in constant terror of rocket attacks, a fear that has come to pass and has caused physical and psychological harm,” a petitioner said.

“Alongside this existential fear is a sense of utter abandonment. Unfortunately, this is yet another instance of the growing alienation between these residents and state institutions,” the petitioner said.

Most of the 100,000 Bedouins, who are indigenous Arab people, reside in temporary shacks and huts which provide no protection from falling rockets.

Unlike the Jewish communities in the Negev, the Bedouin villages have no bomb shelters.

In addition, sirens cannot be heard prior to rocket attacks and Israel’s Iron Dome anti-missile defence system does not intercept rockets fired towards these villages, the petition said.