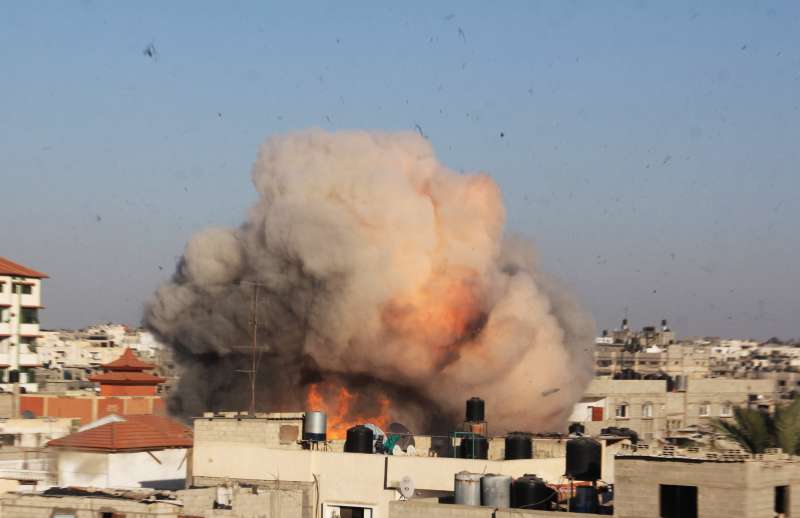 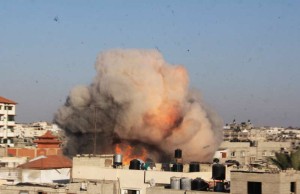 Israeli forces attacked a position in the north of the Gaza Strip, an immediate response to a Palestinian rocket launched at its neighbour’s southern front, the Israel Defense Forces (IDF) said in a statement.

“In response to rocket attack against Israel, the IDF targeted a terrorist infrastructure in northern Gaza,” the statement said.

No damages or injuries were reported as a result of either the Israeli attack on Thursday night on northern Gaza or the rocket targeting southern Israel, Efe news agency reported citing the statement.

Sirens wailed in the Israeli towns of Sderot and Gevim, adjacent to Gaza, after the rocket launch, according to the Israeli army.

No Palestinian armed faction has yet claimed responsibility for the rocket attack.

The incident, the first offensive in the conflict of 2015, coincided with the celebration of 67th Israeli Independence Day.

The last attack was carried out in December of last year when Palestinian militias fired a rocket from Gaza, which was answered by Israeli airstrikes against a Hamas military base.

Israel launched a major military operation against Gaza on July 8, 2014 in response to rocket attacks by Palestinian militants, which ended after 50 days when both sides agreed to a Egypt-brokered ceasefire.

The offensive resulted in the death of more than 2,100 Palestinians, mostly civilians, and 70 Israelis, 67 of whom were soldiers.