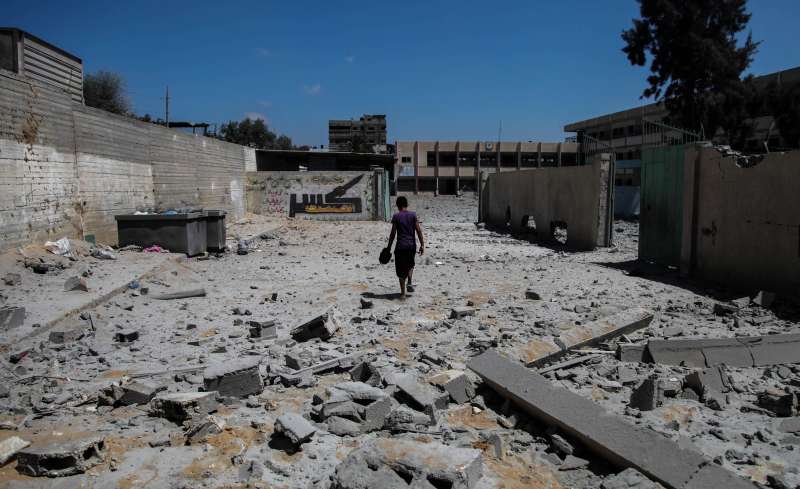 Israel has agreed to cooperate with a commission established by UN Secretary-General Ban Ki-Moon to investigate damage to UN facilities during an Israeli attack on Gaza last summer.

Sources at the Israeli foreign ministry told Efe news agency that Israel’s Ambassador to the United Nations Ron Prosor had submitted a letter on the matter to Ban.

“We had submitted a letter in which we announced that we will cooperate with the commission of inquiry appointed by Ban Ki-Moon,” the Israeli source said.

Last week, Ban announced the formation of the “internal and independent” commission that will probe the damage to the UN facilities, as well as investigating cases in which the Israelis claimed weapons were found in these installations.

Israel, according to the Haaretz daily newspaper, had set conditions for its cooperation with the investigation commission, but did not elaborate.

Several UN facilities located in the Gaza Strip, including schools, were hit by Israeli artillery and airstrikes.

A UN commission investigated a Israeli military offensive in the Gaza Strip between December 2008 and January 2009 with Israeli cooperation.

In that case, the commission harshly criticised Israel accusing it of committing war crimes and made a number of recommendations.

However, Israel refused to cooperate with another UN commission appointed to investigate alleged war crimes in last summer’s war on Gaza, arguing that it was biased against Israel.

During the 51-day war on Gaza last summer, more than 2,100 Palestinians, mostly civilians, were killed and more than 20,000 homes were destroyed. On the Israeli side, six civilians were killed along with 67 soldiers.