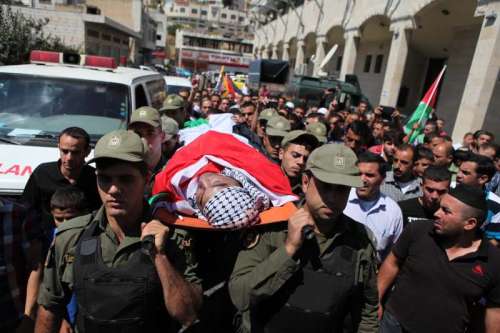 Two Palestinians suspected of having kidnapped and murdered three Jewish teenagers in June have been killed in an exchange of fire with Israeli security forces in the West Bank early Tuesday, the Israeli military confirmed.

Acting on intelligence information, soldiers and police officers surrounded a building in Hebron where Marwan Kawasme and Amer Abu Aysha, both affiliated with Islamist group Hamas, were hiding, Xinhua reported.

The army said the suspects were armed with assault rifles and opened fire on security forces who called on them to turn themselves in.

Israeli media quoted Hamas as confirming that two of its members had been killed in Hebron.