On the impact of the ongoing countrywide NRC and CAA protests in the polls,R.P.N. Singh said that in the last two phases (fourth and fifth) were focussed on NRC and CAA….reports Asian Lite News

The man credited with Congress’ revival in Jharkhand, R.P.N. Singh said on Monday that if the Congress’ alliance gets a majority in the Assembly polls, Hemant Soren would be the next Chief Minister of Jharkhand.

“There is no-doubt about it. Hemant Soren will be the CM. We have assured him (Soren) even before we forged the alliance with the Jharkhand Mukti Morcha (JMM),” R.P.N. Singh, Congress in-charge Jharkhand told the media.

On the impact of the ongoing countrywide NRC and CAA protests in the polls, Singh said that in the last two phases (fourth and fifth) were focussed on NRC and CAA.

“PM Modi, Home Minister Amit Shah and UP’s CM Yogi tried to raise the temperature (of the polls) by taking their campaign at a new low. It would be interesting to see what is the final outcome of seats where polls were held in the last two phase,” the former Minister in the UPA government added.

In case of a hung Assembly, whether Congress will seek the help of other parties like JVM of Babu Lal Marandi or AJSU of Sudesh Mahto, Singh said that it is too early to comment that results will be hung.

“But whatever is the outcome, even if we form a government on our own, we will seek the support of other parties (except for BJP),” said Singh, whose homework, strategy and planning in the Jharkhand Assembly polls seems to have created a new chapter for the Congress in Eastern India’s tribal state.

Inviting all the parties under its umbrella seems to be the Congress’ new strategy to include all parties in a bid to counter the saffron surge.

On the message coming out of the election results in Jharkhand, Singh said that the message is loud and clear that BJP is not bothered about growing unemployment, farmers distress and a countrywide economic slow down.

“The Prime Minister never acknowledges there is an economic slow down. The BJP as a party does not talk about corruption or related issues. I think these are the issues the BJP has to take note of or else they will continue to lose,” said R.P.N. Singh, who is an MP from Kushinagar in Uttar Pradesh.

As the Congress, Jharkhand Mukti Morcha and Rashtriya Janata Dal (RJD) alliance in Jharkhand inched closer to the majority mark in 81-member Assembly, the grand old party on Monday said that the people have rejected the national narrative of the BJP and voted over the local issues and inflation.

Speaking to IANS, Congress Secretary Pranav Jha said, “The people have rejected the national narrative built by the BJP in the state over the issues of Article 370, Citizenship Amendment Act and the National Register of Citizens (NRC) and voted for the local issues.”

He said, the people of the state voted for the local issues, over the inflation and the employment for youths.

Jha further said that the Congress-JMM-RJD alliance will work for the welfare of the people in the state for next five years.

The Congress, JMM and the RJD contested on 31, 43 and seven seats respectively in in the state. 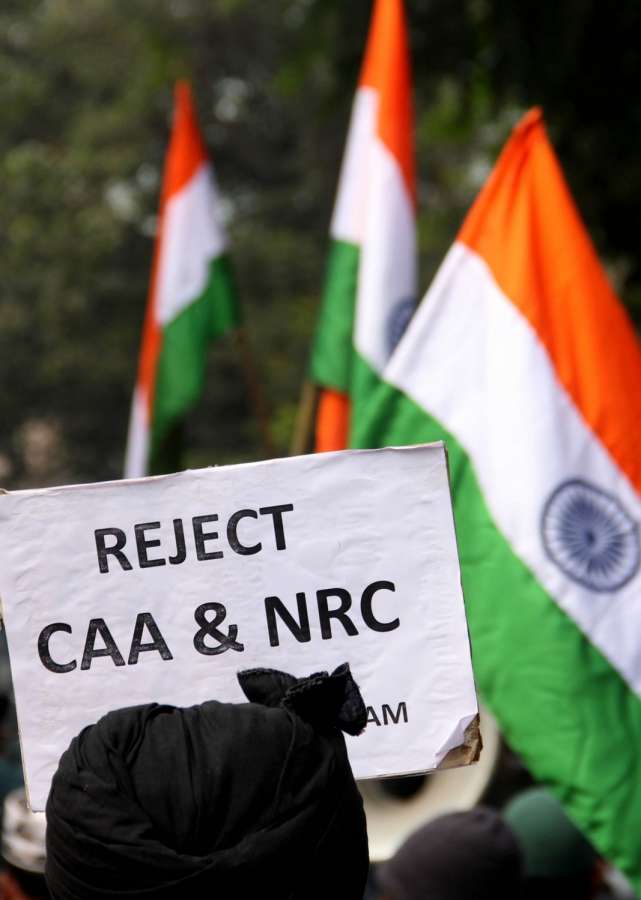 The Jharkhand voted in five phases starting from November 30 to December 20.

The Congress has spoken to former ally Babulal Marandi whose party JVM is leading on at least 4 seats.

Sources said that JVM has not given any assurance to the Congress leaders so far, but have said that the party will hold talks only after the final results are out.

The final figure is going to be clear after sometime as the Congress has started celebrating at the AICC headquarters in New Delhi with crackers and Dhols. However, many congress leaders are apprehensive if the alliance will cross the magic figure on its own.