A statement issued by the office of Vijayan said that the Chief Minister also met with Crown Prince Salman bin Hamad bin Isa Al Khalifa who informed Vijayan that the Gulf nation has close ties with Malayalees.

The Crown Prince conveyed that they wish to have closer ties in sectors like culture, education, IT and health and for that a special fund would be set up.

Vijayan mooted the idea of setting up a bi-lateral Chamber of Commerce and also extended an invite to the rulers of the island nation to visit Kerala.

Vijayan reached Bahrain on Wednesday and was accompanied by Keralite businessmen M.A. Yusuf Ali and Ravi Pillai besides his special secretary and senior bureaucrat Nalini Netto amongst others during the meeting.

This was Vijayan’s first visit to Bahrain after taking over as Chief Minister last May.

He is accompanied by his wife also. 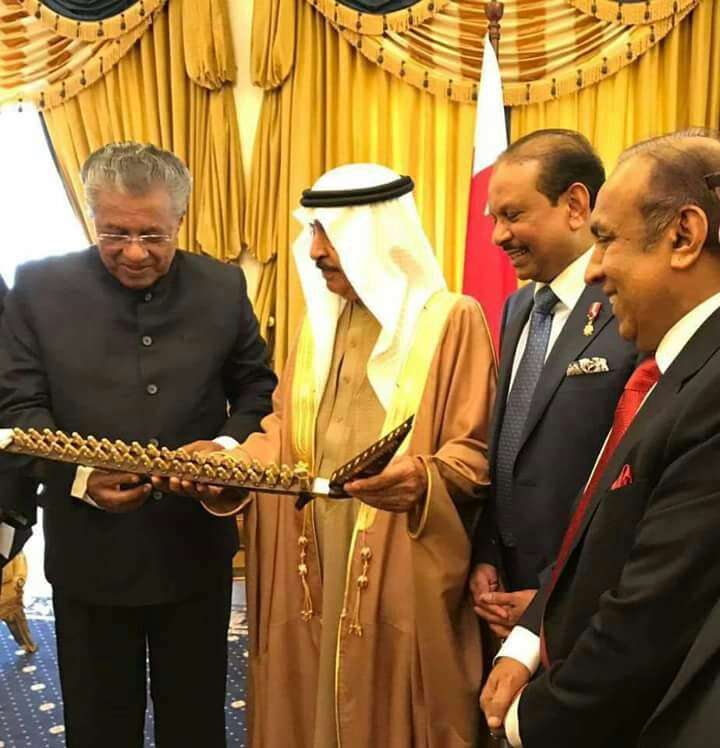