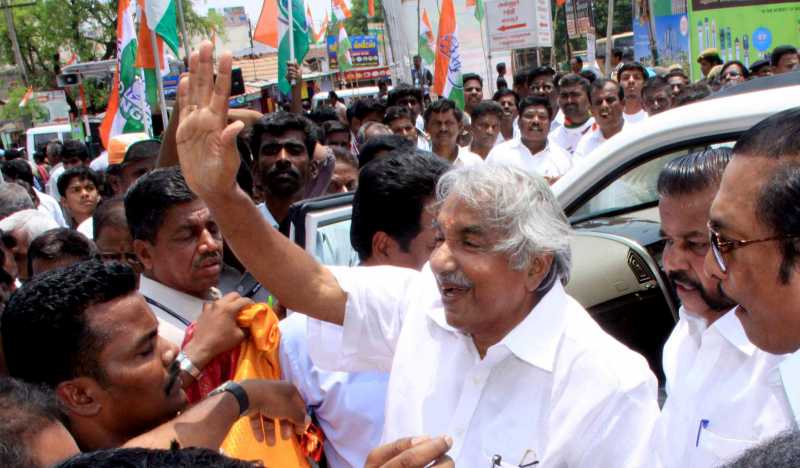 Sleaze stories make headlines in Kerala at regular intervals. If it was the solar scam that took centrestage last year, it appears that what is known as the Kochi blackmailing case this year is going to give sleepless nights to many.

The solar scam made the headlines in Kerala June 3 last year when a woman named Saritha Nair was arrested. Two weeks later, her live-in partner Biju Radhakrishnan was also taken into custody for duping numerous people by promising them agencies for solar panels and windmills.
In the immediate aftermath of the case, three staffers of Chief Minister Oommen Chandy’s office lost their jobs for being in close touch with Saritha.
With almost a dozen TV channels vying with one another for newsy stories, sleaze is one topic that no one wishes to miss out. With names of various politicians being mentioned directly and indirectly by the TV channels in this case in juicy stories about Saritha, the case dominated the headlines for almost a year. The opposition Left parties also called shut-downs demanding Chandy’s resignation. An entire session of the Kerala assembly was lost to the solar scam.
And just when many thought that things had cooled down, the infamous Kochi blackmailing case surfaced last month.
The accused in this case used to befriend high-profile people and lure them to hotel rooms to be seduced by their women accomplices. The victims were then filmed in compromising positions and blackmailed to extort money.
The case surfaced last month when a businessman from here committed suicide after falling a victim to this gang. The businessman’s friend then approached the police. Except for Jayachandran, the brain behind the scam who managed to escape, the other five accused were arrested but were soon out on bail.
The case took a surprising turn when Jayachandran was initially tracked down to be in hiding at the legislators’ hostel in the state capital last week. He was later arrested by the police from the Kerala-Tamil Nadu border.
After his arrest, Jayachandran has been taken to Kochi, where the gang operated.
The police probe team has already taken a statement from former Congress legislator T. Sarathchandra Prasad, after it was found out that Jayachandran was staying in a room booked in the name of the Congress leader.
State Congress president V.M. Sudheeran was, however, tight-lipped about the case and preferred to keep a low profile, saying the police should be allowed finish the probe.
Meanwhile, in another the twist in the tale, the two women accused approached the Kerala State Human Rights Commission stating that while they were in custody, they were pressurised to name leading politicians and were tortured when they refused to do so.
The two accused women, who were given bail, were questioned by police and then arrested late Saturday for abetment of suicide of the businessman, who was one of the victims of the gang.
On Saturday morning, TV channels started churning out juicy reports that a laptop seized from the home of a friend of Jayachandran contains pictures of leading politicians and businessmen.
Now, all eyes are on the team probing the case and on when the chargesheet will be filed. Till then, one thing is certain: There will be no dearth of juicy stories.