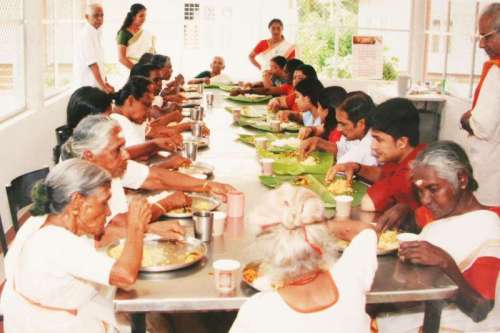 Kerala added one million elderly every successive year since the census of 1981, a study said.

In terms of the proportion of elderly in the population, Kerala ranks first, with Punjab and Himachal Pradesh occupying the second position, followed by Tamil Nadu and Maharashtra, says the study, which also shows that more than 12 percent of Kerala’s 32 million population comprises the elderly.

The study titled Situation of Elderly in Kerala: Evidences from Kerala Ageing Survey 2014 was done by S. Irudayarajan and U.S. Misra both attached to the Centre for Development Studies here.

The study points out that Kerala added one million elderly every successive year since the census of 1981.

This increment of elderly population reveals that the 80 plus population of Kerala increased by 0.1 million every Census year since 1981 till 2001 and in 2011 the same is to the tune of 0.2 million.

The study points out that the 21st century is witnessing the ‘Ageing Scenario’ more rapidly than the preceding century did.

“Given such a scenario, attention must be given for providing good quality of life in old ages as well,” said Irudayarajan.

Irudayarajan said the results are based on a series of follow up studies which started in 2004, when 5,013 elderly were interviewed.

Misra adds that these samples were selected from the 15,000 households from 300 localities in all the fourteen districts of Kerala.

“The basic problem in our society is the lack of security in three major levels, financial, wellbeing and psychological with the real concern of lengthened years of life, especially with the increasing trend of life style diseases, amplifying morbidity along with the cost of living,” said Misra.

Given the typical pattern of Kerala, females outnumber males. In the higher age group, the percentage of female elderly is found to be greater. Though Kerala has registered an impressive annual exponential growth of 0.5 percent in 2011, its elderly population is growing at a perpetual rate of 2.3 percent.

The growth rate is high among the elderly aged 70 or 80 and above.

Irudayarajan said that more than one third of the elderly in Kerala reports very good/good health status which obviously shifts downwards with increasing age.

“Most of the young old (below 70 years of age) perceive their health status to be reasonably good which has a male bias. Reporting of poor health status largely intensifies beyond the age of 75 which is found to be faster in case of female elderly,” said Irudayarajan.

A major disability identified among the age group of 80 plus was vision problem. Elderly belonging to the age group of 60-69 has shown the highest incidence of diabetes. More than 50 percent of all the age groups of elderly are suffering from high blood pressure.

An enquiry regarding the awareness of government sponsored welfare measures among the elderly reveals that a significant half of them are unaware of such measures.

The study highlights that the proportion of aged in the total population is rising and based on the projected data, it is expected to increase further.

“If this trend continues uninterrupted, it is expected to crossover the proportion of young and old in between 2021 and 2031. However, as the number and proportion of older persons are growing faster than any other age group, there are concerns regarding the accommodation capacities of the society to address the challenges associated with these demographic shifts,” said Misra.