Box office calculations indicate Bollywood made a decent start with the young kids on the block such as Varun Dhawan and Alia Bhatt. But the onus is on superstars Shah Rukh Khan and Aamir Khan to turn an average year into a blockbuster in the last quarter, say trade analysts. 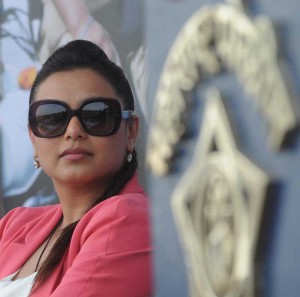 With close to 120 releases till mid- August, the box office has garnered over Rs.1,400 crore ($230 million) so far. Trade analyst Taran Adarsh extols the young brigade’s achievements, saying they have done a “tremendous job” this year.“They have put their best foot forward – be it Tiger Shroff in ‘Heropanti’, Varun Dhawan in ‘Main Tera Hero’, ‘Alia Bhatt’ in ‘Highway’ or Arjun Kapoor in ‘2 States’.“This was something unexpected and they have proved their talent with their films,” Adarsh told IANS.Manoj Desai, executive director of G7 multiplex and Maratha Mandir, also admitted the newcomers’ good performances have “come as a surprise to all ofus”.“Be it ‘Heropanti’, ‘2 States’, ‘Highway’ or ‘City Lights’ – these films have not just recovered their money but also made a huge profit,” he said.“Heropanti” collected around Rs.51 crore, “2 States” entered the Rs.100 crore club with a Rs.102 crore collection, “Gunday” minted Rs.80 crore, “Humpty Sharma Ki Dulhania” raked in Rs.75.5 crore and unusual road movie “Highway” took home close to Rs.30 crore.This is not to forget Sidharth Malhotra’s “Ek Villain”, which has done an amazing business at the box office. “It managed to garner close to Rs.98 crore”, said Rajesh Thadani.Even some small-budget films did fair business.“Queen” and “Raginni MMS 2” were big earners.” ‘Queen’ managed to do really well as the film had strong content and managed to collect around Rs.57 crore,” Thadani said.For the first six months, the youngsters set the ball rolling; then entered Salman Khan and ‘kicked’ a storm with his action-romantic drama “Kick”, the biggest money spinner of 2014 so far.Lauding Sajid Nadiadwala’s directorial debut, Thadani said: ” ‘Kick’ was a money spinner, which collected close to Rs.211 crore. It’s outstanding. ‘Kick’ is the biggest film of 2014 so far.”In between, Akshay Kumar too contributed with “Holiday – A Soldier Is Never Off Duty”, but his “Entertainment” didn’t turn out to be entertaining enough to make big bucks.And recently, Ajay Devgn and Rohit Shetty set box-office milestones rolling with “Singham Returns”, which earned Rs.100.68 crore in the first five days of its release and it’s still counting.” ‘Entertainment’ barely collected close Rs.41 crore,” said Thadani.Despite satisfactory performances by young actors, overall collections have not been overwhelming.“Business has been poor and there has been a slowdown because of three reasons – general election, the Indian Premier League and examinations,” said Adarsh.According to Thadani, “It has been a decent year, but it could have been even better. If we compare it to the last year, the collection has been almost the same.”Three films – “2 States”, “Jai Ho” and “Holiday” – entered the Rs.100 crore club – but trade expert Manoj Desai insists that so far, it “has been an average year”.“If we look at the records of the last year, it was way better than this year. I hope the remaining part of the year will make up,” he said.Consequently, distributors are pinning hope on SRK’s “Happy New Year”, Aamir’s “PK” and “Bang Bang”, which has Hrithik Roshan.If Adarsh’s expertise is anything to go by, there is a lot of “expectations from ‘Happy New Year’ and ‘PK’ and, as always, the second half will belong to them.”Apart from the two Khan biggies, there is an interesting line up for “Finding Fanny”, “Mary Kom”, “Khoobsurat”, “Haider”, “Welcome Back”, “Action Jackson” and “Happy Ending”.Thandani said: “We hope few films will hit the Rs.100 crore club, but with films like ‘Happy New Year’, the expectations are higher. We are hoping for Rs.200 crore with these films.”