The leaders of North and South Korea on Friday created history by holding a summit that came after a gap of over a decade and declared to begin a new chapter in the inter-Korean ties….reports Asian Lite News

The summit began in the border village of Panmunjom after the leaders met for the first time at the Military Demarcation Line (MDL) inside the heavily fortified Demilitarized Zone, reports Yonhap News Agency.

“It is good to see you,” Kim said to Moon, waiting just south of the MDL for their first-ever encounter that was quickly followed by a handshake.

“I cannot stop my excitement as we meet here at such a historical place. Also, it is very moving that you, Mr. President, have come to Panmunjom, the demarcation line, to greet me,” the North Korean leader said.

Kim surprised many by inviting Moon to briefly cross the inter-Korean border to the North Korean side, which South Korean officials said was not pre-arranged.

“I say this before President Moon and many journalists here that I will hold good discussions with President Moon with a frank, sincere and honest attitude and make a good outcome,” Kim said at the start of the meeting, televised live. 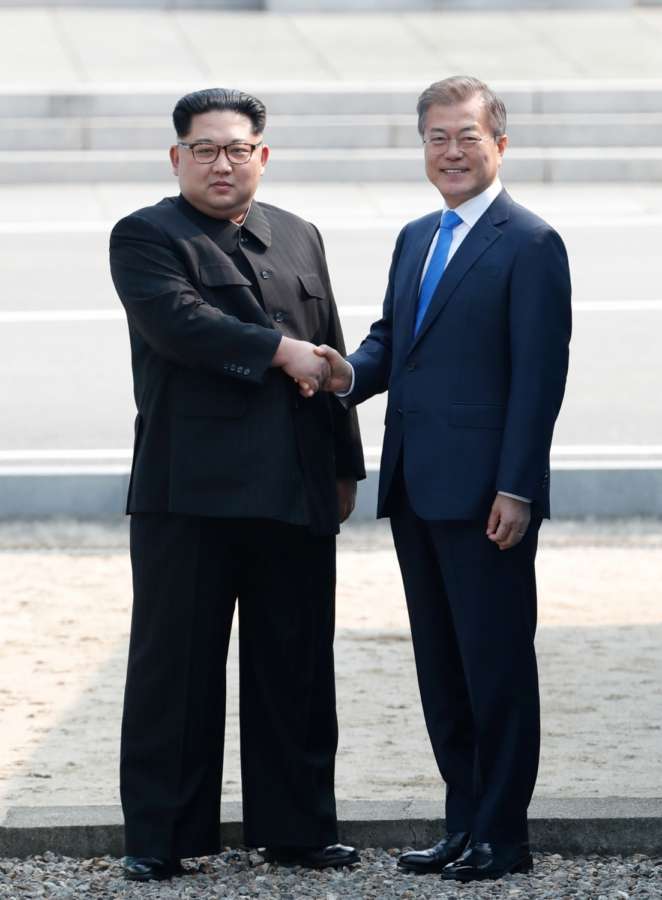 Moon expressed his gratitude to Kim for agreeing to hold the summit.

“The moment Chairman Kim crossed the Military Demarcation Line, Panmunjom became a symbol of peace, not a symbol of division. I wish to again express my respect to Chairman Kim Jong-un’s decision that made today’s discussions possible,” the President said

The summit came amid thawing ties this year that followed a height of tension between the Koreas.

Pyongyang staged nearly a dozen missile tests since Moon took office in May 2017, while also conducting its sixth and most powerful nuclear test in September.

Friday’s summit marked the third inter-Korean summit and the first to be held in South Korea.

Kim stressed the need for an agreement that will not collapse.

“I wish for it to be a chance for us to walk forward hand-in-hand while looking toward the future with a determination, instead of (summit) outcomes like those in the past that could not be implemented,” he told Moon.

The two Koreas had agreed to denuclearise their countries and establish permanent peace on the Korean Peninsula in their two previous summits held in 2000 and 2007.

“The world’s eyes and ears are directed toward this place, Panmunjom. The expectations of the people of both the South and the North, as well as our overseas citizens, are also very high,” Moon said.

“I wish our talks too will be held frankly, so we can reach an agreement and create a great present for our people and everyone else in the world who wishes for peace,” he added. 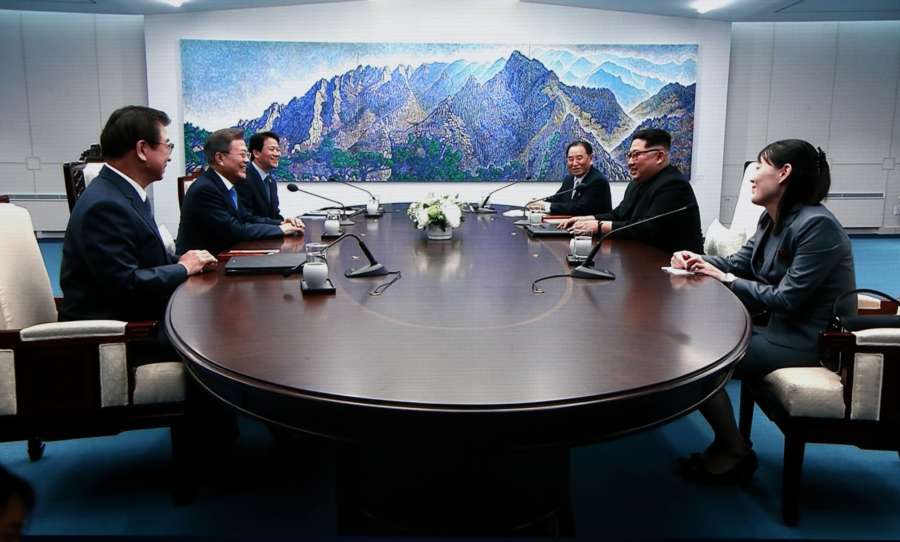 The leaders’ talks ended shortly before noon. Kim returned to his country in a black limousine that crossed the inter-Korean border while surrounded by nearly a dozen North Korean guards.

He will cross the inter-Korean border again later in the day for various events that will include a friendship walk with Moon.

The leaders will jointly plant a tree to mark their summit, which Moon has said he wishes to hold regularly.

Moon will host a welcoming dinner later in the day for Kim and possibly his wife, Ri Sol-ju.