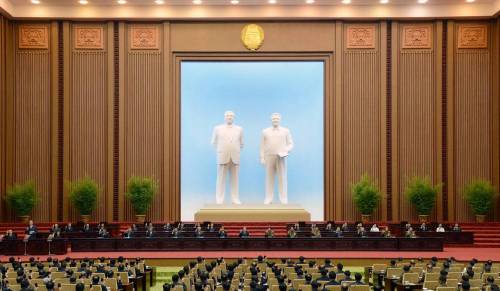 The North Korean state media has said that the country’s Supreme Leader, Kim Jong-un, was suffering from “discomfort”, the first official acknowledgement of his ill-health after a prolonged absence from the limelight for several weeks.

Kim, 31, has not been photographed by state media since appearing at a concert alongside his wife Sep 3, fuelling speculation about his health.

“Based on his gait, it appears he has gout – something (due to) diet and genetic predisposition that has affected other members of the Kim family,” The Guardian quoted Michael Madden, an expert on the North Korean leadership and contributor to the 38 North website, as saying Friday.

Kim has been seen walking with a limp since an event in July, and in a pre-recorded documentary broadcast by state media Thursday, appeared to have difficulty walking.

“The wealth and prosperity of our socialism is thanks to the painstaking efforts of our marshal, who keeps lighting the path for the people, like the flicker of a flame, despite suffering discomfort,” a voiceover for the hour-long documentary said.

The documentary was followed by a pre-recorded broadcast of the session of the 13th Supreme Popular Assembly of North Korea from which Kim Jong-un was notably absent.

Parliamentary sessions in the Asian country are generally held annually in March and April, but sometimes extraordinary autumn sessions are also called to announce or approve important measures.

Kim has rapidly gained weight after coming to power when his father Kim Jong-il died of a heart attack in 2011.