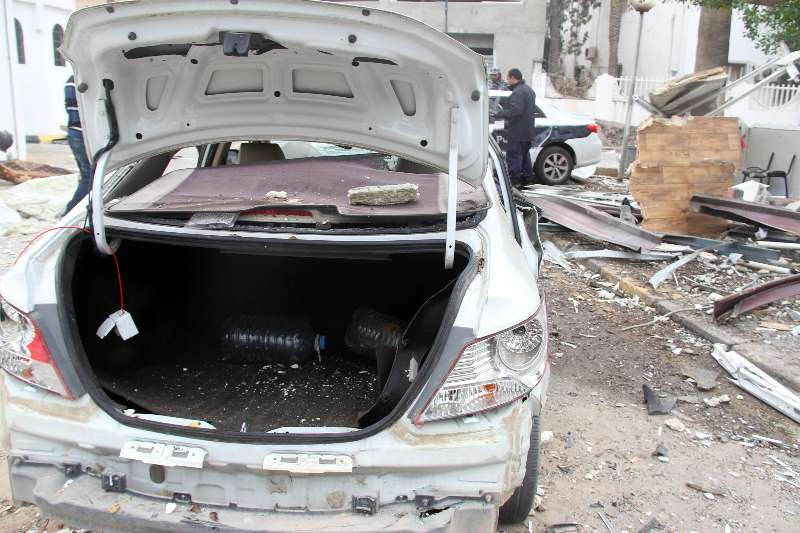 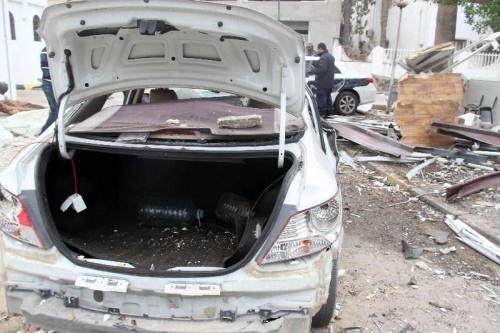 Some witnesses said a bomb was detonated at Corinthia Hotel’s parking lot around 10 a.m., shaking the whole central area of the city. Then two men firing guns dashed into the hotel building. Nearby office buildings were evacuated after the explosion.

A large number of security personnel were at the scene. A security source told Xinhua news agency that three hotel guards were killed and the gunmen took some “important figures” hostage inside the hotel, making it a standoff.

Mahmoud Hamza, a commander from the local security forces, told al-Nabaa TV that five foreigners were killed during the attack. He added that the security forces were still searching for the terrorists inside.

The hotel CCTV screen-shots of the attackers were circulated among the security forces to help in the search, a Xinhua photographer said.

The IS offshoot in Libya, “Tripoli Province”, claimed responsibility for the attack on its official social media website, calling it the “Battle of Sheikh Abu Anas al-Libi.” It said the reason for the explosion is that the hotel contained “non-Muslim diplomatic missions and security companies”.

Al-Libi was an alleged Al-Qaida operative who was captured by US special forces in Libya, and died this month in a US hospital.

Corinthia, one of the last operational hotels in Tripoli, once hosted many government branches, foreign embassies and staff of media and foreign enterprises.

Libya’s former prime minister Ali Zeidan was abducted by gunmen from the hotel in 2013 and later released.

Tripoli fell into the hands of the armed Islamist coalition Libya Dawn last August, when the internationally recognised Libyan government retreated to the eastern town of Tobruk.

The city has been plagued by bomb attacks, assassinations and kidnappings.

Several embassies, including those of Egypt and the United Arab Emirates, have been targeted by militants in similar bomb attacks.