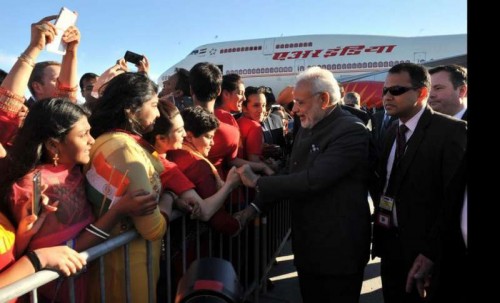 The Assocham  awarded Narendra Modi government 7 out of 10 for its first year’s performance, saying it still needed to cover some ground on tax issues and a lot more remained to be done on improving ease of doing business.

“The NDA government has to cover some ground in terms of taxation issues, particularly with regard to FIIs’ (foreign institutional investors) problems on retrospective liabilities and in taking big-ticket infrastructure projects off the ground,” the Associated Chambers of Commerce of India (Assocham) said in a statement here.

“Seven out of ten, according to Assocham, is the right score for the Narendra Modi government on completion of first year in office,” it added.

According to the chamber, one needs to take into account that the global environment for manufacturing is not conducive, as has been reflected in the downward trends in exports of merchandise goods.

“The industry and the commentators must realise that an economy of two trillion dollars, well integrated with the world, can’t be catapulted into high growth, just with the change of the government.

“Policy tweaking, legislative changes and revival of investment appetite need to be followed by increase in consumer demand, and would take time of say, 24-30 months. And then, a lot would also depend on the global markets which are subdued,” Assocham said.

“Investor confidence and transparency have been achieved with the successful completion of auction of coal blocks and spectrum, raking in over Rs.3 lakh crore for the Centre and states,” Assocham president Rana Kapoor said.

According to the chamber, Prime Minister Narendra Modi’s foreign visits have brought in a qualitative change in the way India’s economic diplomacy is being pursued.

“The prime minister should continue to move forward in this regard since engaging with important powers like the US, Germany, along with China and other neighbouring countries at the summit level makes a lot of difference in India’s perception,” it said.

The immediate challenge lies in dealing with the agrarian crisis with concerns of less than normal monsoon and the damage done by unseasonal rains in February-March, it added.