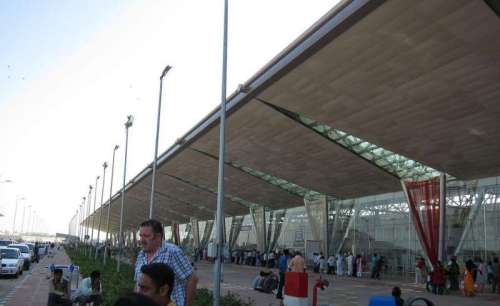 Prime Minister Narendra Modi will set aside protocol and himself receive Chinese President Xi Jinping when he arrives here Wednesday.

Xi will become the first world leader to begin an India visit from Gujarat. The Chinese president will be in India on a three-day sojourn that will also take him to Delhi.

Modi will himself receive Xi on his arrival from Colombo Wednesday afternoon.

A guard of honour will be presented to Xi who will be accompanied by his wife Peng Liyuan and a high-level delegation.

It will be the first guard of honour to any head of government on the tarmac of Sardar Vallabhbhai Patel International Airport of Ahmedabad.

Informed sources told IANS that a contingent of the Indian Air Force will present the guard of honour to Xi.

The Chinese president flies into India onboard a Chinese Airlines Boeing 747 aircraft.

State Minister Nitin Patel said that three MoUs are likely to be signed between China and Gujarat.

Ahmedabad city may become the sister city of Guangzhou.

As many as 100 delegates from China and 80 Indian business tycoons will participate at delegation level meeting between Modi and Xi.