A day after Prime Minister Narendra Modi accused it of waginga proxy war against India, Pakistan on Wednesday took him on by dubbing it as “baseless rhetoric.” Pakistan said both countries should focus on resolving issues instead of engaging in blame game. 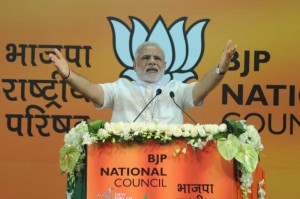 “The press reports of Indian accusations, at the highest political level, are most unfortunate, especially as the leadership of Pakistan wishes to establish good neighbourly relations with India,” Pakistan foreign office spokeswoman Tasnim Aslam said.“Prime Minister Nawaz Sharif’s visit to India in May was in this spirit and generated a fresh momentum in the bilateral relationship,” she said in a statement.