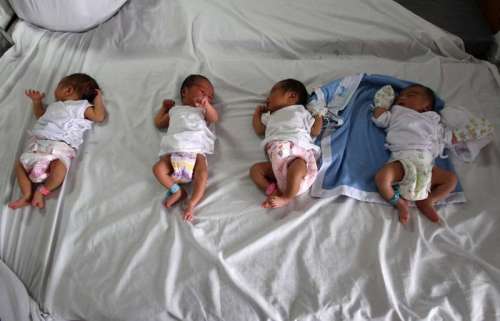 Although their immune system works very differently from that of adults, babies may be able to mount a stronger immune defence than previously thought, a study suggests.

Contrary to what was previously thought, newborn immune T-cells may have the ability to trigger an inflammatory response to bacteria, the findings showed.

“We found that babies have an in-built anti-bacterial defence mechanism that works differently to adults, but nevertheless may be effective in protecting them,” said lead author of the study Deena Gibbons from King’s College London in Britain.

“This may also be a mechanism by which the baby protects itself in the womb from infections of the mother,” Gibbons added.

Up to now, it was generally believed that babies have an immature immune system that does not trigger the same inflammatory response normally seen in adults.

Although babies need to protect themselves from the harmful pathogens they are exposed to from birth, it was thought that their T-cells were suppressed to some extent to prevent inflammatory damage to the developing child.

Sceptical of this notion, the researchers set out to characterise the properties of T-cells, examining very small samples of blood in 28 highly premature babies, as they developed over the first few weeks of their life.

While T-cells in newborn babies are largely different to those in adults, it is not because they are immuno-suppressed; rather, they manufacture a potent anti-bacterial molecule known as IL8 that activates neutrophils to attack the body’s foreign invaders.

The study appeared in the journal Nature Medicine.