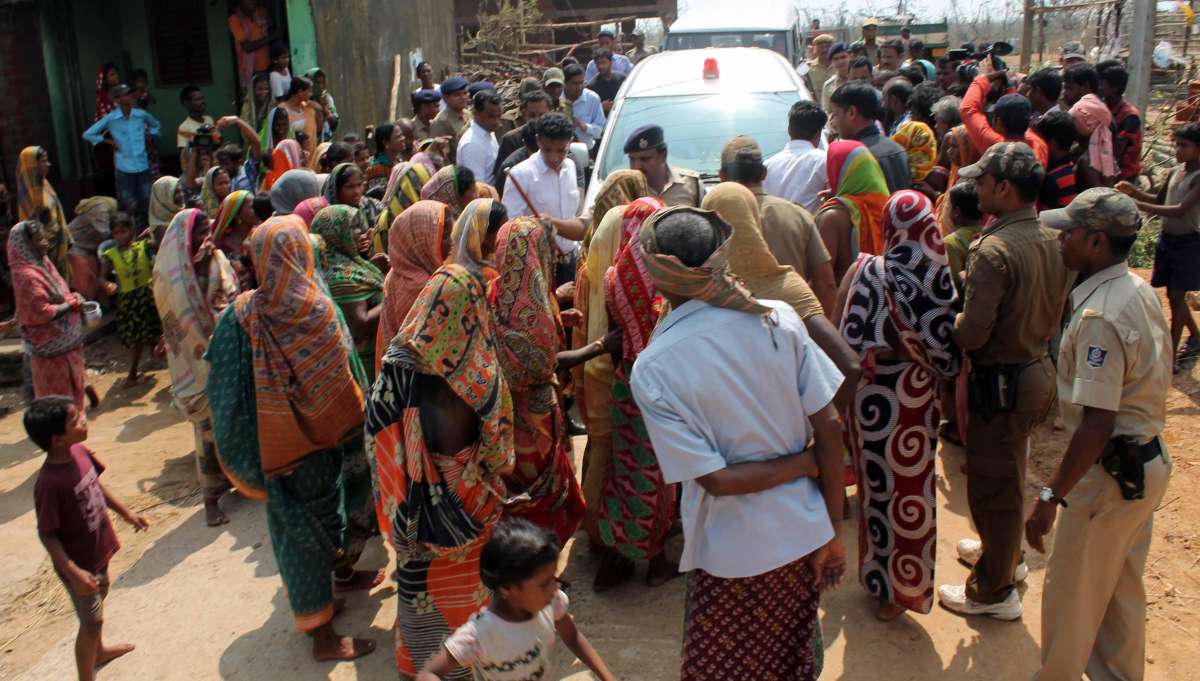 Odisha Chief Minister Naveen Patnaik said the state is fully prepared to meet any eventuality arising out of a possible cyclonic storm.

It was decided in the review meeting to write to the Election Commission to relieve officers engaged in election duty outside Odisha. Assembly elections are due in Maharashtra and Haryana Oct 15.

People in Odisha are stocking essential items as a cyclonic storm which is developing over the Bay of Bengal is expected to hit northern Andhra Pradesh and south coastal Odisha around Oct 12.

While the prices of vegetables have increased by 40 percent in the past 12 hours, some items like candles have vanished from shop shelves. Traders are also trying to cash in on the sudden rush by increasing prices of essential commodities.

Potatoes, which were available for Rs.25 a kilo Tuesday morning have shot up to Rs.30 a kilo and are expected to touch Rs.35 by Wednesday.

The memory of cyclonic storm Phailin that hit the state Oct 12, 2013 is still fresh in the minds of people. Phailin wreaked havoc in coastal Odisha although there were fewer casualties compared to the killer Super Cyclone of 1999.

He said there is an artificial shortage of vegetables in the state due to the impending cyclone.

Food Supply and Consumer Welfare secretary Madhusudan Padhi appealed to the people not to resort to panic buying.

He said: “We can’t change the nature of people. However, we appeal to the people that there is no need to panic as the government has enough stocks of all essential items.”

He directed the authorities to stock food and relief materials at cyclone shelters for people likely to be affected by the storm.

Padhi said: “We have asked district collectors to stock relief materials to be distributed in the affected areas. We are also planning to get adequate flattened rice and molasses from neighbouring Chhattisgarh and West Bengal to meet any eventuality.”