Aamir Khan throws up a surprises with almost all his new movies – the latest comes with the poster of his upcoming film “PK”. The actor features nude with a strategically placed vintage boombox, and he has left audiences guessing what the Rajkumar Hirani movie will be about.

“What do you think guys? Tell me fast… butterflies in my stomach,” Aamir posted on his Twitter page late Thursday night.

The poster elicited a roaring response from the Twitterati online, and several industry members too lauded the actor for pulling off such innovative stunts for his film’s promotions.

Aamir himself loved the responses and mixed guesses from people. 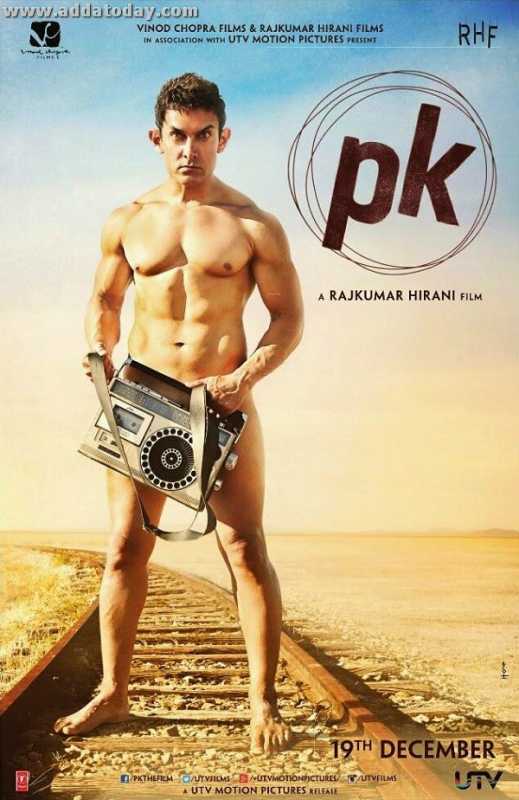 On Friday, a new clue about the character will be unveiled.

It has earlier been revealed that “PK” promotions will involve the use of talking standees, which will be kept in theatres, have the actor’s photo and his voice installed in them.

When you go close to it, Aamir will speak to you.