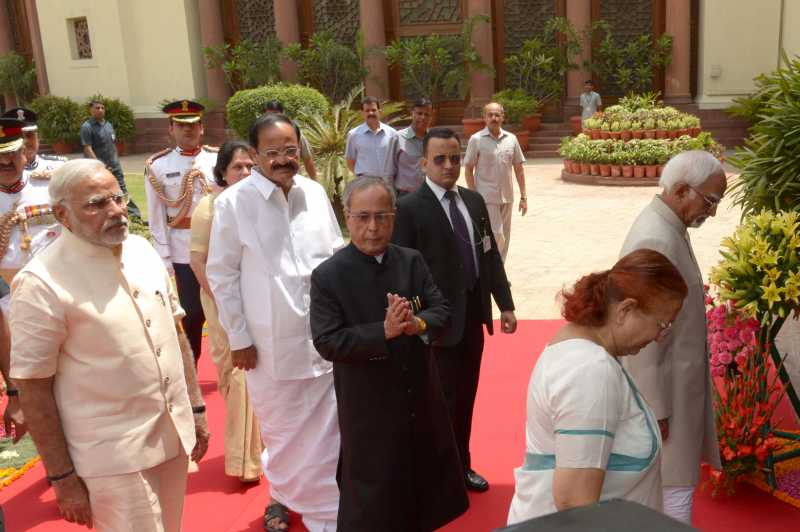 As the Narendra Modi government completes 100 days in office, the prime minister seems keen to implement far-reaching changes, phasing out the old and ushering in the new. One of the first things he did was to question the relevance of the Planning Commission – a question also asked by his predecessor Manmohan Singh in 2009.
The commission’s inability to keep up speed with change has stood in the way of its primary responsibility – to act as think tank of high standards and futuristic vision, linked to the research and innovation council.
Its past may be glorious but the country has suffered. Though the commission has extra-territorial powers to deal with the states, it only created a vacuum. A few eminent members even implied that there is too much economics within the pane; and almost negligible future orientation and management.
It is ironic that India was more competitive before independence as the first industrial policy (1948), which could have put the country on a fast track, vested powers with the government only, amplifying officialdom and reducing economic competitiveness. The panel’s contribution is not denied but the approach was not visionary enough to create a great nation.
The infection was inescapable. It changed the course of goals and responsibilities of the commission, reducing it to a time series regression planning and funding agency. The lack of vision is evident in the incongruity of resource planning, state of monopoly, and ad-hocism in talent and diversity management.
As a result, all the E’s of nation’s most essential systems – economy, education,environment and energy – are suffering from the ad-hoc systems of future planning and accountability, for example, the case of the University Grants Commission and the All India Council for Technical Education in the education sector.
It cannot run on hired talent and with no accountability of office-bearers.
The question is – do we need such a commission for the government or for the country? Don’t we need a body comprising all stakeholders of national development that accounts for the future needs of a country of a billion and plans strategically?
India does not need a commission for planning; it needs a commission to ensure vision and flawless coordination for exceptional execution with integrity. We can learn from nations that have realized the need for development beyond minor political conflicts, despite facing a scarcity of talent.
Economic growth of European nations like Finland, Poland and Hungary was slow and disturbing under the communist model but they reinvented themselves with new systems. From a highly- depressed economy with hardly any resources, Finland became a highly-developed nation within 20 years by forming the “Committee for the Future” with specific tasks and responsibilities.
Paula Tiihonen, its founding counsellor, told this author recently: “The Committee for the Future, where 17 parliamentarians themselves stake out policy lines for the future, is unique in the world as an institution.
“Many parliaments globally have adapted our model to reorganize their futures-related work. It is independent by nature of functioning, this means that the committee must itself create its success and earn esteem for its work in each and every parliamentary term.”
Tiihonen added that the Committee for the Future is always serious and focused to the national agenda under political leadership but not to a political agenda.
The Future Commission for India should structure itself on these lines and not try to accommodate all ministries, positions and party representatives (like Central Advisory Board of Education which is still colonial in nature).
The executive functions must go to ministries. There should be an efficient and effective team that takes care of education, economy, think tanks, and few ministries with a lean permanent team.
In its new avatar, the commission shouldn’t deal with issues related to states directly, for which the government should strengthen the Inter-State Council (ISC), Finance Commission and ministries for effective and efficient operations on national priorities and fiscal management.
Motivating states to create “The Future State Commissions” aligned with the central think tanks can also reduce their dependence on the centre.
This will also offer opportunity of inter-state cooperation as think tanks may always engage in higher discussions than governments with a political ideology. The relevance is only justified and sustainable if it focuses on the framework and capacity building of a development than the assistance model which conflicts the basic philosophy of development and subjects to incremental change only.
This new thought demands a bigger role for science, technology and innovation. Such a committee or commission must reflect and opine on questions of execution, delivery and accountability more than planning of limited political aspirations. The call for change is a welcome move but caution equally necessary.