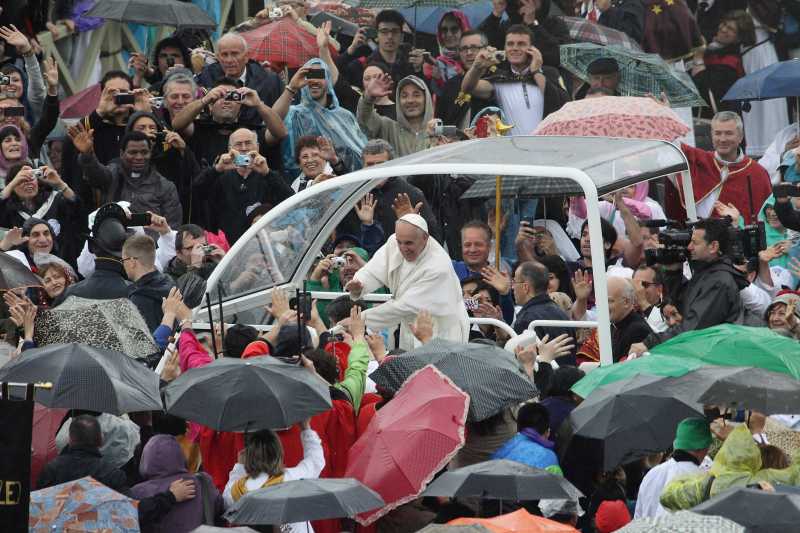 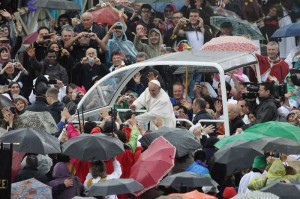 In a homily  urging “frankness” and “courage”, Pope Francis appeared to defend comments calling the World War I mass killings of Armenians “genocide” which sparked a diplomatic row with Turkey.

“We cannot remain silent before what we have seen and heard,” Francis said celebrating mass at the Vatican hotel.

“Today, the message of the Church is to take the path of frankness, path of Christian courage… of freedom of speech,” Francis said.

Turkey on Sunday withdrew its ambassador to the Holy See after the pontiff said at a service in Rome attended by Armenia’s President Serzh Sargysan and church leaders that the World War I killings were a “genocide”.

In the mass in the Armenian Catholic rite at St Peter’s Basilica, Francis said humanity had lived through “three massive and unprecedented tragedies” in the last century.

“The first, which is widely considered ‘the first genocide of the 20th Century’, struck your own Armenian people,” he said, in a form of words used by a declaration by Pope John Paul II in 2001.

Sargsyan welcomed his comments, saying they sent a powerful message to the international community, but Turkey immediately summoned the Vatican’s ambassador to Ankara for an explanation and later recalled its ambassador from Rome.

In a furious note announcing the recall of its ambassador, the Turkish foreign ministry slammed Francis’s remarks as biased, “unacceptable” and said they “contradict legal and historical facts”.

While Francis did not use his own words to describe the killings as genocide, it was the first time the term was spoken aloud in connection with Armenia by a head of the Roman Catholic Church in Saint Peter’s Basilica.

In 2014, Turkey’s president, Recep Tayyip Erdogan , then the country’s prime minister, for the first time offered condolences for the mass killings of Armenians.

But he also said that it was inadmissible for Armenia to turn the issue “into a matter of political conflict”.

Turkey still blames unrest and famine for many of the deaths and says ethnic Turks also suffered in the conflict.

Armenia says up to 1.5 million people died in 1915-16 as the Ottoman Empire was disintegrating. Turkey has said the number of deaths was much smaller.

Most non-Turkish scholars of the events regard them as genocide.

Among states which formally recognise them as genocide are Argentina, Belgium, Canada, France, Italy, Russia and Uruguay.