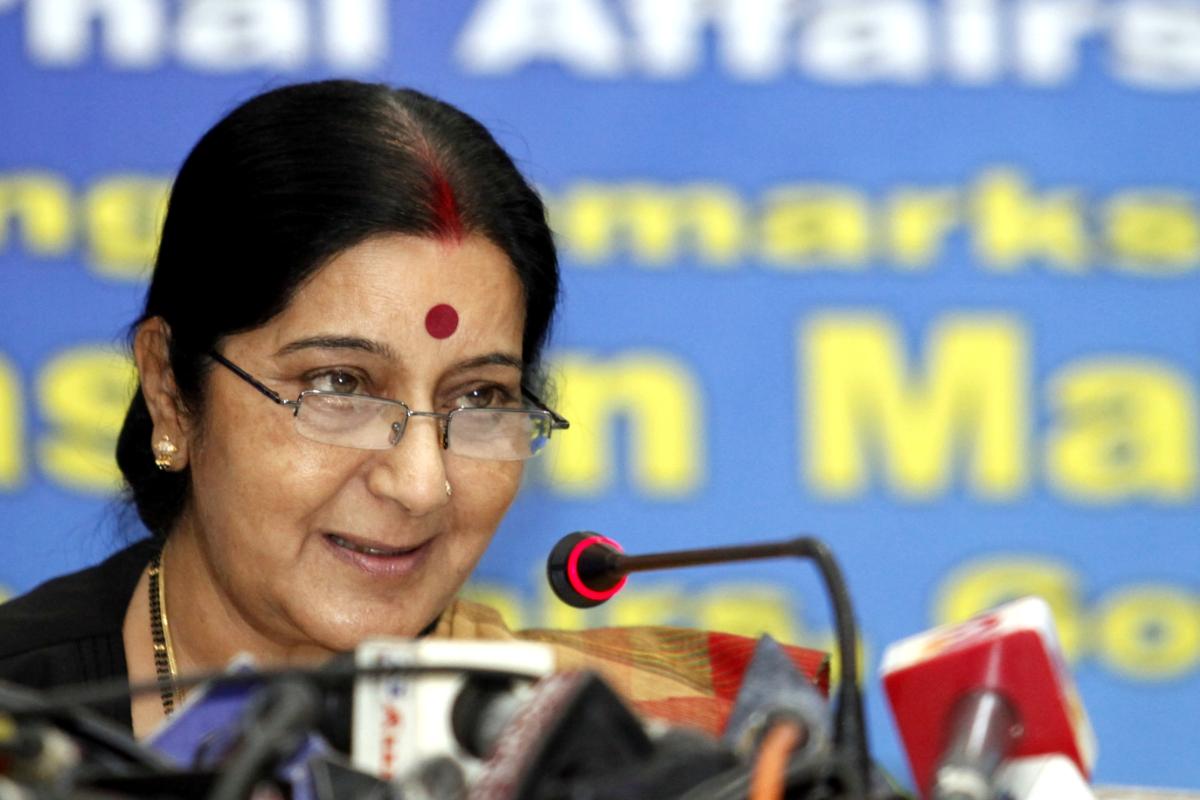 To alleviate the mental trauma of families whose kin die abroad, especially among the millions of expatriates living in the Middle East, the government Tuesday launched an online system for “facilitating transportation of the mortal remains” of such Indians. 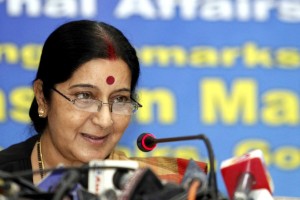 Launching the portal, which can be accessed at the Ministry of Overseas Indian Affairs (MOIA) website (www.moia.gov.in), External Affairs Minister and MOIA Sushma Swaraj said the portal “is an important step” to help the Indian diaspora, especially the seven million Indians in the Emigration Check Required (ECR) countries.
The portal has been launched for the 17 ECR countries, Malaysia, Jordan, the UAE, Yemen, Lebanon, Qatar, Oman, Kuwait, Iraq, Bahrain, Saudi Arabia, Afghanistan, Indonesia, Libya, Sudan, Syria and Thailand. The facility would soon be extended to the other Indian missions abroad.
Sushma Swaraj said she has been approached by numerous Indian families with queries about how to get repatriated the bodies of their kin who have died in a foreign country and the body is lying there for weeks.
She said most of the Indian expatriates abroad hail from the states of Andhra Pradesh, Telangana, eastern Uttar Pradesh, Rajasthan, Punjab and Kerala.
The MOIA held meetings with MPs of the different states to learn more about the problems faced while repatriating bodies, and later called the heads of Indian missions of ECR countries.
Sushma said she gave directions to the MOIA to launch a portal that would help families track the mortal remains of their kin while it is being transported to India, and when it would land in India.
The bodies of those who die of natural causes it takes around a week to 10 days to be transported to India, while in the case of unnatural death, like accident or crime, the bodies get stuck for weeks as the police case or post-mortem examination is pending.
The portal is aimed to alleviate the problem and anxiety of families who are waiting for the mortal remains of their kin to reach home. The minister said already around 100 cases of deaths of Indians have been fed into the portal from the ECR countries.
She clarified that it would not matter if the Indian who died had travelled to the foreign country illegally. “It is the responsibility of the government to bring back the bodies safely,” she said.
The kin of the dead Indian can file an online application for getting the body transported back to India. As soon as the application is received an unique Application Reference Number (ARN) will be generated for online tracking. The applicant will receive updates through email and sms on the status of the transportation and can also view the update system through the tracking facility.
“The application will be closed only after the mortal remains are either transported or the Indian mission provides valid reasons for not being able to transport the same,” said an official statement.
Keeping in view the educational status of ECR passport holders, the system has also been linked to the Overseas Workers Resource Centre (OWRC), which is an information facilitation as well as complaint redressal centre for the emigrants, said the statement.
Those who cannot fill the information directly on the system can provide the information to OWRC on a toll free no – 1800-113090 and the OWRC would submit the information. The OWRC is equipped to receive information in 11 languages – English, Hindi, Bengali, Kannada, Malayalam, Punjabi, Tamil, Telugu, Marathi, Oriya and Gujarati.
Last year, around 4,000 bodies of Indians were transported back, including nearly 1,500 from Saudi Arabia,. The overseas Indian community is estimated at over 25 million-strong.