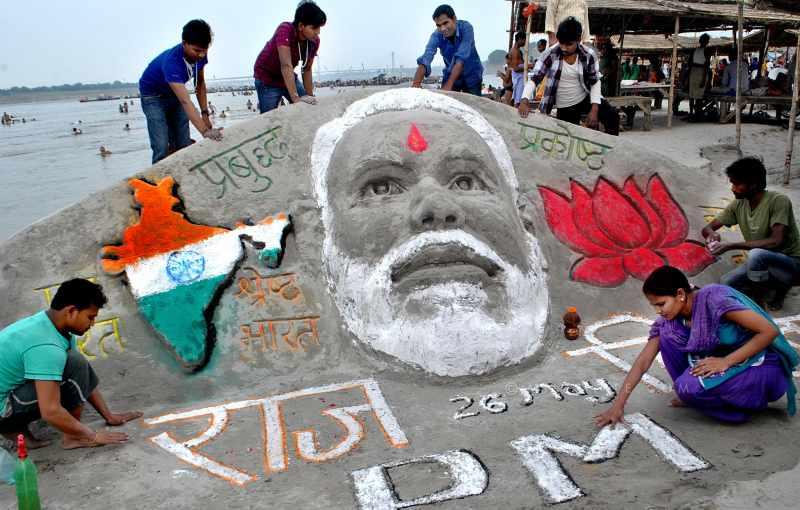 Although the assertions of Rashtriya Swayamsevak Sangh (RSS) chief Mohan Bhagwat about India being a Hindu nation and that all its citizens are Hindus in a cultural sense have long been among the basic tenets of the Hindu nationalist outfit, the reiteration of these old postulates undoubtedly has something to do with the Bharatiya Janata Party’s (BJP) assumption of power at the centre. 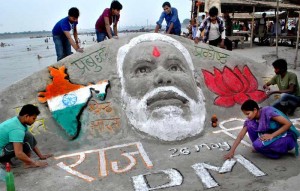 The RSS apparently believes that the time has come at last for its dream of converting India into a Hindu ‘rashtra’ (nation) to be fulfilled with the help of a friendly government.In fact, the RSS is even refraining from uttering the words, India or Bharat, which are used in the constitution to describe the country. Instead, the RSS uses the word Hindustan, the land of Hindus, presumably to facilitate the process of transition to the Hindu rashtra.What is noteworthy, however, about these provocative postures – for both minorities and liberal-minded Hindus – is that there hasn’t been a word in either endorsement or condemnation by the Narendra Modi government. The silence is odd considering that one of the BJP ministers in Goa, who is a Christian, has dittoed the views of the RSS and has described himself as a Hindu Christian.At the same time, it is worth remembering that a key feature of Modi’s Independence Day speech was a call for a moratorium on sectarian unrest for 10 years.Yet, the prime minister cannot be unaware that the avowed objective of the RSS to subsume the distinctive identities of the minorities – Muslims, Christians, Sikhs, Buddhists, Zoroastrians – under the overarching template of Hinduism is fraught with tension, especially because the overeager among the BJP and Vishwa Hindu Parishad (VHP) supporters may interpret the RSS diktat as a licence to flex their muscles.Notwithstanding this danger, it is possible that the government and the RSS have evolved a modus vivendi whereby the latter will be allowed to pursue its pro-Hindu agenda as long as there is no disruption of communal peace and direct interference in governance.In this context, the initiative taken by the Hindutva camp to put the construction of the Ayodhya temple on hold is probably a part of this deal. As a VHP office-bearer has said, the outfit at present will “run only constructive programmes for expansion of the organisation”, eschewing “an agenda of agitation (for) it can affect (the) plan of geographical expansion”.The RSS chief himself told a meeting to observe the 50th anniversary of the VHP’s founding that the temple issue will not be taken up for a year. Not since Atal Bihari Vajpayee announced in 1996 his intention of putting the temple and other issues like having a uniform civil code (for all religions in India) and revision of Article 370 (of the Indian constitution that gives a special status to Kashmir) in cold storage has the construction project been shelved as at present.It may not be besides the point to say that as a sop to the RSS and other hardliners for acting with moderation on the temple, the government has decided to allow them a relatively free hand in other matters. These apparently include not only an occasional cry for a Hindu nation but also giving them some leeway in determining the cultural agenda.Hence, the weird pronouncements of the antediluvian Dina Nath Batra on social conduct – the blowing out of candles on birthdays to be replaced by the feeding of cows – and of Y. Sudarshan Rao, the new head of the Indian Council of Historical Research, that the epics Ramayana and Mahabharata are “true accounts” and not myths. Incidentally, few historians outside the saffron camp had heard of Rao before his appointment to the prestigious post.It is possible that more such appointments of saffron aficionados will be made to outfits like the Indian Council of Cultural Relations, the Sangeet Natak Akademi et al to rid them of Congress appointees just as the Raj Bhavans are being politically fumigated.All of this may create a flutter in the secular dovecots as during the saffronisation of education when Murli Manohar Joshi was the human resource development minister. But the furore will be confined mostly to television studios and the pages of newspapers since it is now an accepted fact that each government will plant its own people in key positions.However, an excessive propagation of the Batra-Sudarshan Rao worldview, which claims that there were cars and aeroplanes in ancient India, will carry the danger of detracting from Modi’s modernist approach with its focus on bullet trains and e-governance. The modus vivendi – if there is one – will need close monitoring.When Vajpayee was PM, the differences between him and the RSS were mainly about his line of moderation. Where Modi is concerned, the differences relate not only to his present non-confrontationist style, unlike in 2002, but also on ensuring peace and stability for the sake of Inida’s development.It is anybody’s case how long this circle of varying perceptions can be squared.