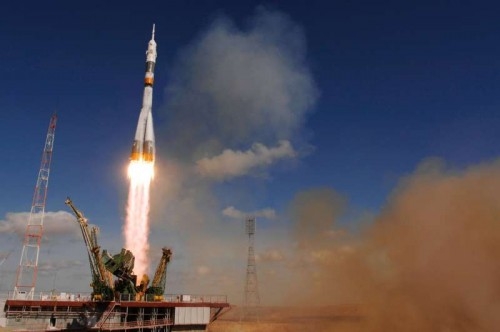 The third stage of the Proton-M carrier with the MexSat-1 communications satellite fell from a height of 160 km. The place where it fell may be in Russia’s Chita region, a source in the country’s space programme told TASS.

“Proton’s third stage with the head block fell from about 160 km height, which should be enough to burn all the debris in the atmosphere,” the source said.

“The place of falling is near Chita, about 30 km from the nearest settlement.”

He said the information about a possible place, where the debris may fall, was given to Chita’s emergencies authority.

He added on board the third stage of the Briz-M booster there are several tonnes of the highly toxic fuel, Geptil.

“It is too early now to speak about possible reasons of the accident, as the telemetry from the third stage of the carrier disappeared before that stage’s engines were off,” the source said. “However, the situation must have been caused by a failure in the third stage.”

An emergency arose during the flight of the Proton-M carrier, which was launched on Saturday from the Baikonur cosmodrome at 8.47 a.m. Moscow time.

The accident happened at 8.56 a.m., one minute into the scheduled separation of the Briz-M booster and the Mexican MexSat-1 space apparatus.