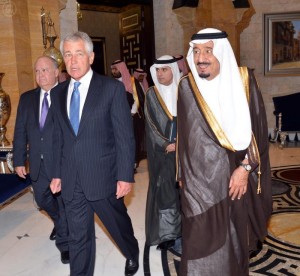 Representatives from the US, Turkey and several Arab countries will meet this week in Saudi Arabia to discuss ways to combat the Islamic State (IS) Sunni extremist organisation and other terrorist groups, media reported Tuesday.

The Saudi Press Agency (SPA) reported that the meeting would be held Thursday in Jeddah with the participation of the Gulf Cooperation Council (GCC) member states, the US, Egypt, Jordan and Turkey.

US Secretary of State John Kerry will take off Tuesday on a regional tour of Jordan and Saudi Arabia in a bid to form an international alliance to combat the IS.

The meeting is expected to be at the foreign ministry level.

Kerry, who held meetings to discuss the same issue during last week’s NATO summit, said that the prospective alliance would be as large as possible and could be needed for months or even years.

He added that Saudi Arabia and Kuwait would provide financial support, while the UAE vowed to combat the IS networks of support and ideological propaganda.

Arab states’ foreign ministers agreed two days ago on increasing the levels of coordination to combat the jihadis, without a clear referral to the alliance Washington aimed to establish.

The final statement of the Arab meeting in Cairo emphasised the necessity of taking “urgent measures” to preserve Arab regional security and combat extremist groups.

The IS seized control of vast areas in Iraq and Syria in recent months, forcing tens of thousands of people to flee their homes which led to a humanitarian crisis.

US warplanes have joined the battle against the IS, along with Iraqi forces and Kurdish fighters.

The jihadi group announced last June a self-proclaimed Islamic caliphate in areas it controls in Syria and Iraq.