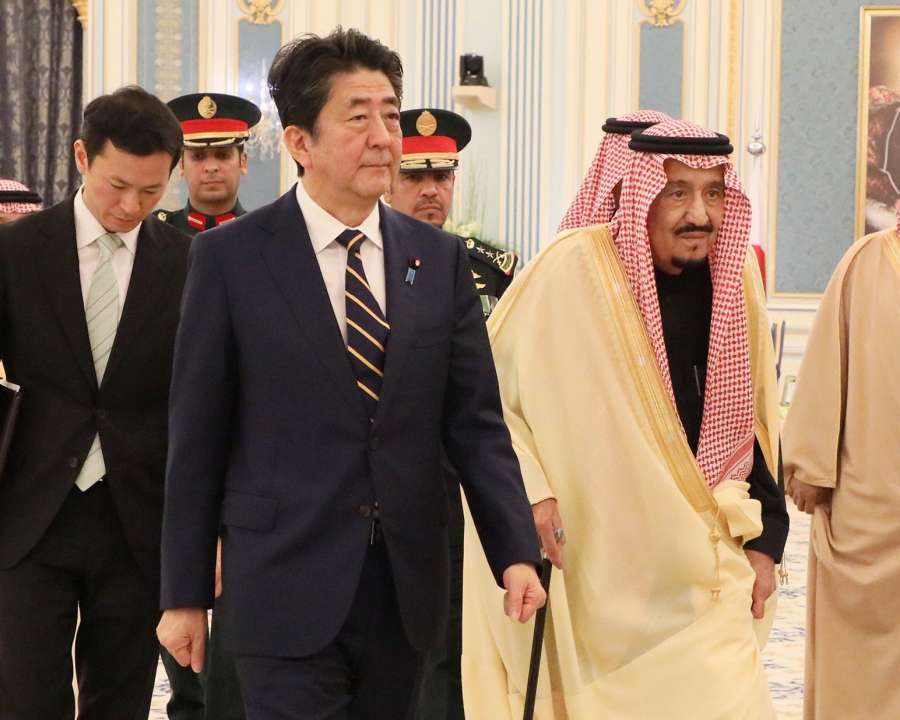 Japanese Prime Minister Shinzo Abe met the King of Saudi Arabia Salman bin Abdulaziz and other officials during his visit to the Kingdom to discuss cooperation between the two countries.

Japan appreciated the efforts made by Prince Mohammed bin Salman bin Abdulaziz, the Crown Prince, Deputy Prime Minister and Minister of Defense, in strengthening bilateral relations between the Kingdom of Saudi Arabia and Japan through the Saudi-Japanese vision 2030, stressing its support for the Kingdom to make its presidency of the Group of Twenty successful, a statement said.

“They reviewed bilateral relations between the two friendly countries and ways of enhancing and developing them,” Efe news agency quoted the Saudi state-run SPA news as saying on Sunday.

Both officials “also reviewed aspects of cooperation in accordance with the Saudi-Japanese Vision 2030”, it added.

The meeting on Sunday addressed cooperation aspects in the fields of tourism, security supplies, artificial intelligence and renewable energy, according to the SPA.

They discussed the “bilateral relations and aspects of cooperation as well as the recent developments of the regional and international issues”, an official statement said. 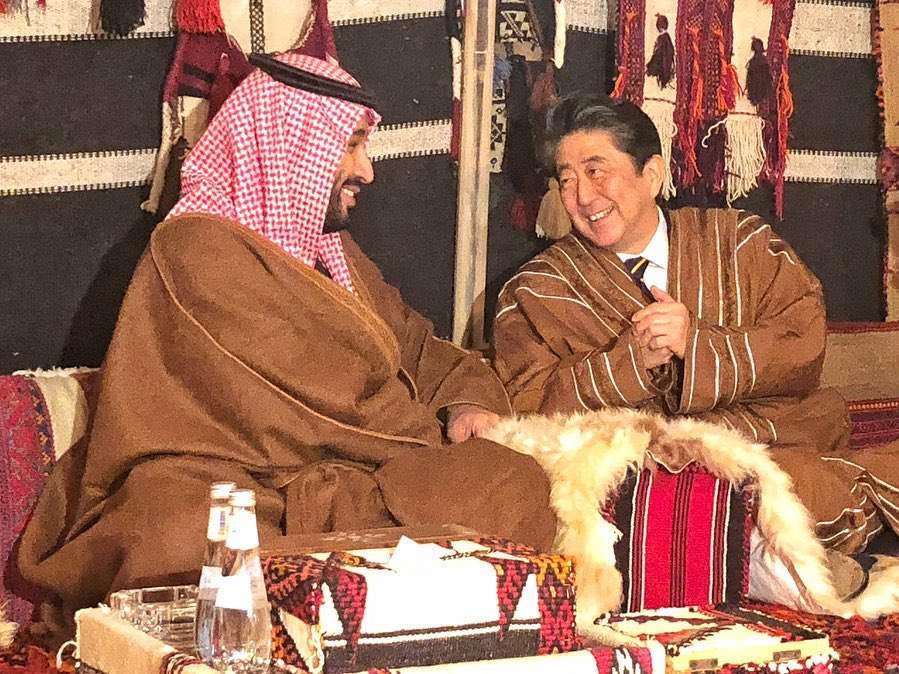 Abe also held a meeting with Saudi Minister of Energy Abdulaziz bin Salman bin Abdulaziz to address the cooperation between both countries in the field of energy as per an official statement.

Japanese Foreign Ministry spokesperson Masato Ohtaka in Riyadh pointed out that Prime Minister Abe announced Japan’s approval to send the Self-Defense Force of a ship to gather information and guarantee the protection and safety of maritime navigation in the region.

He also reviewed during the conference the volume of investments between the Kingdom and Japan, which is one of the axes of the Saudi-Japanese vision 2030, which began in 2016 and includes 69 axes in the fields of cooperation between the two friendly countries, noting that the investments and contracts between the two countries in recent years have exceed more than $ 30 billion.

The Japanese premier arrived in Riyadh as part of a Gulf tour that also includes United Arab Emirates and Oman.

Abe’s visit comes amid tension in the region in the wake of the January 3 US strike that killed top Iranian military commander Qasem Soleimani in Baghdad alongside Abu Mahdi al-Muhandis, the deputy leader of the Popular Mobilization Forces, an Iraqi Shia militia.

In retaliation, Iran on January 8 attacked two bases housing US troops in western and northern Iraq.