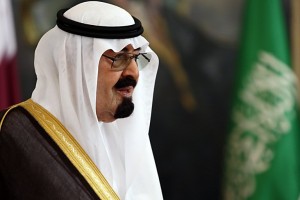 Saudi King Abdullah Bin Abdul Aziz has said his government was determined to confront terrorism and will adopt all measures to protect its citizens and expatriates, a media report said Sunday.

In his Ramadan message on Saudi Television King Abdullah expressed hope that militants who instigate terror in different parts of the world would return to their senses on realising that such activity goes against the teachings of Islam, the Arab News reported.

He said the militants are confused, as they are unable to differentiate between reform and terrorism.

“Our faith rejects all forms of terrorism and we will not allow a bunch of terrorists to frighten others,” the report quoted King Abdullah as saying in an address to the Saudi nation and Muslims.

The country categorically refutes all forms of terrorism, he added.

He also congratulated Saudis and other Muslims across the world on the advent of the blessed month.

“During Ramadan, we celebrate the revelation of the Holy Quran as a form of guidance to mankind,” the message said, urging Muslims to spread its message.

King Abdullah met US Secretary of State John Kerry in Jeddah Friday to discuss ways to resolve the crisis in Iraq and Syria.

The US talks with the Saudi leaders were part of diplomatic efforts by the US to press regional leaders to tackle the threat by Islamist militants in Iraq and Syrian conflicts.