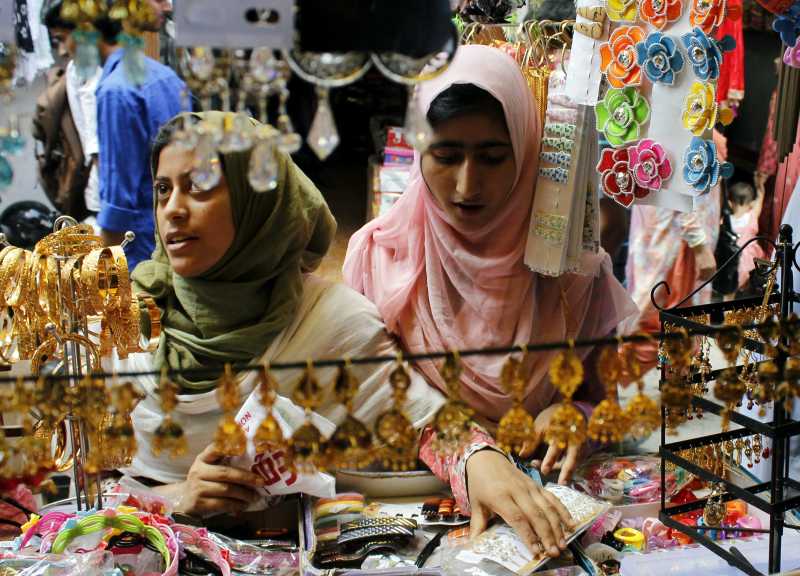 Traditional Kashmiri street theatre, which once occupied centre stage as the most powerful medium of mass communication in Kashmiri society, seems to be dying a silent death. In ‘Bandh Pather’ artistes dressed in colourful attire move from village to village highlighting social, economic and political issues with satirical overtone, the rulers being the target.

“Its unique feature was that males would invariably play women’s role wearing female dress,” said Javaid Ahmad Shah, who has produced more than a dozen television programmes on the dying ‘Bandh Pather’.
“Bandh Pather spoke against feudalism, autocracy, child marriage and other social evils through seven traditional theatre forms including ‘Gosain Pather’, which highlights the high-handedness of religious heads and their hegemony in Kashmiri society.
“The other ‘Shikar Gah Pather’ focussed on preserving ecology, wildlife and environment. Then there used to be the ‘Raaze Pather’ criticizing the misdeeds of the pleasure seeking kings,” Shah told IANS.
Bandh Pather had a single artist form called ‘Laadi Shah’. The lone artist would perform singing in a melancholy tone to lament the vagaries of time and rulers.
Ghulam Mohiuddin Aajiz, president of the Bandh Theatre, has published four books on this traditional theatre of Kashmir.
Aajiz said: “Before 1947, the local artistes associated with Bandh Pather would be paid allowances by the government to support their families and keep the art form alive.
“Villagers would also donate rice and other goods to them as Bandh Pather would be usually performed by artistes in villages during the harvest season.
“After the arrival of cinema, radio and finally the television, both the focus of the government and people’s interest shifted away from this theatre,” moaned Aajiz.
“Today, we have just a few old Bandh Pather artistes like Ghulam Ahmad Bhat and Abdul Salam Bhat of Wathoora village in Badgam district. But both are well past 70 years,” he added.
Aajiz said despite his efforts to keep this medium of communication alive, there was little patronage from the government or the public.
“The result is that our children have taken to other professions. There is no doubt this theatre form is dying.
“Like the traditional flute known as ‘Surnae’, Bandh Pather has literally no players in the Kashmir Valley now,” he said. M.K. Raina of the National School of Drama, an internationally known theatre director, has been trying hard to revive this dying art form.

“We have started training youngsters to revive Bandh Pather,” Raina said.
“The central government has decided to give scholarships to help revive this art form. We recently held a five-day workshop at Patnitop (in Jammu region) where we invited all performers connected with this theatre from the valley. “I hope we ensure that Bandh Pather survives the onslaught of time and television, and we hope to revive public interest in this art form.”

Not everyone appears to be that optimistic.