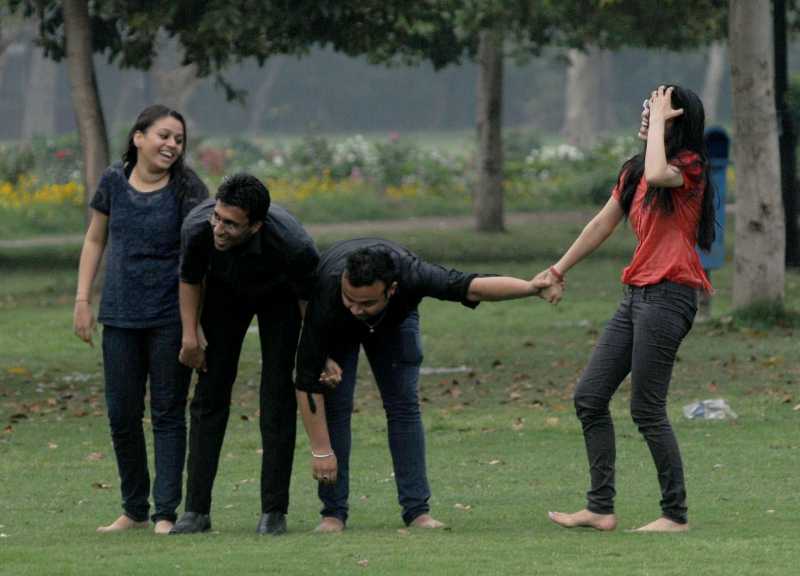 Time was when Friendship Day meant hanging out with buddies and wearing colourful friendship bands. But now virtual connect through forwarded messages or mobile app stickers or a simple post on a friend’s wall of a social networking site overshadows the personal touch and people’s socialising skills.

Easy-to-access internet without pinching your wallet and mobile app’s fun stickers expressing your emotions have made many people connect with one another, but mostly on a superficial level, say experts.

“Friendship bands have become old fashioned. Now, there is WhatsApp, Instagram where you can post your photos with your friends. Virtual friends are more now,” Nidhi Sharma, a stylist, said.

There was paucity of time earlier too, but now technology has made people lazier and as a result, personal meetings have reduced – thus affecting the quality of friendship.

The dilemma is that people feel closer by connecting through apps, but they are actually drifting away.

“You have internet on phone, work space and don’t have to take out extra time to stay in touch with people. Now, people would rather use WhatsApp or do video chat or send pictures. You are becoming closer because of technology, but it has become more superficial,” Harsheen K. Arora, a psychologist, said.
Davistine Liddle, a 30-year-old online marketing professional, agrees that a busy schedule keeps him away from meeting his friends regularly and that technology helps to stay connected. But, yes, he misses that personal touch.
“I stopped buying gifts for friends after I finished school. Now, it’s more about WhatsApp, Facebook and Hike messenger. The stickers are pretty interesting. People have become busy and all these sites and apps help to remember their birthdays or know what’s happening in their lives.
“Personal meetings have reduced and I miss that, but most friends are working in different locations, so that gets tough,” he said.
Consultant psychiatrist Rajiv Mehta describes the new friendship trend as “shallow”.
“There are some who are active on social networking sites or mobile apps as they are following others blindly. They feel that everybody is doing so and should follow them. Lack of time and effort have also made people turn to virtual friends.
“So, close friendships are not there. Earlier friendship used to mean a lot. People used to take a decision on the basis of friendship. Now, it’s becoming shallow,” said Mehta.
Apps and social networking sites are also taking people away from reality.
Raman Suri, a life strategist and success coach, says people are now living in a “fancy land” and the fascination for social networking sites and apps is nothing more than an addiction.
“All these sites are designed in a way that people get addicted to them and they are living in a fancy land where they feel that if they send a friend request to a stranger and that stranger accepts, they become friends in reality. That doesn’t happen,” said Suri. It’s time for a reality check.
“There are friends on social networking sites, but when you meet them in person you get different energy…We are living our life on autopilot mode. It is easier for robots to lead a virtual life rather than a realistic one,” said Suri.
The virtual medium has affected people’s confidence to socialise in the real world.
“People want to save time but the more time they spend on sites and apps the more they lose confidence of meeting people. It has now become a choice not to meet and rather send a message. It’s all about living in the virtual world,” said Suri.
“For people who have a fear of public speaking, emotions help because you can express yourself by exchanging smileys but in person it gets difficult,” Suri added.
The consequences are worse for the younger generation as for them expression of emotions and articulation of thoughts become tough.
“Children as young as 10 start using such sites and apps. They won’t know how to communicate face-to-face. The older age group (above 25) has passed all that; so there’s not much to worry,” said Mehta.
Arora also warns children, especially teenagers, against over-indulgence in virtual friendship.
“They don’t have a sense of responsibility at that age. They may not understand or develop a trait of making real friends or having an emotional connect with someone,” she said.
Technology certainly helps to bridge the gap, but maintain a balance and make sure to grab a cup of coffee with your friend whenever you get the time.