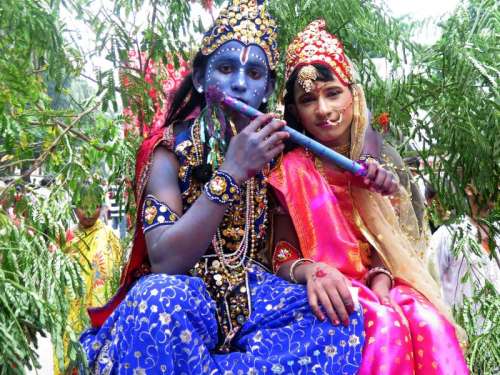 The world’s tallest Krishna temple under construction, numerous religious shrines, forests and historical holy ponds, a living cultural entity with a distinct identity, visited by millions of people round the year: Vrindavan – the abode of the much-loved and playful Hindu god Krishna – is crying for heritage town status to preserve its rich traditions and physical assets.

“Hundreds of holy ponds in Braj mandal and the sacred groves where Krishna and (his consort) Radha frolicked with gopis are revered and worshipped by millions of bhaktas (devotees) spread all over the globe. A town associated with the living legend of Krishna and Radha deserves to be granted heritage status to protect what is left,” Rajneesh Kapur of the NGO Braj Foundation told IANS in this town 160 km from Delhi.

“Vrindavan is considered in many sacred texts as the centre of Braj, a region covering over 45 square miles (117 sq km) in which the majority of the villages, water tanks and natural landscape are connected to a long-standing living tradition of local folklore associated with the events narrated in the holy scripture called Srimad Bhaagavatam,” activist Rakesh Haripriya said.
Each year hundreds of thousands of Vaishanavites from across the globe visit Vrindavan for a “darshan” or “parikrama” of the shrines associated with Krishna and his consort Radha.
The Mathura-Vrindavan-Goverdhan circuit holds a dozen festivals and fairs every year which draw hundreds of thousds of pilgrims. Estimates of the crowd vary from eight lakh to 80 lakh.
“Every month, a few million pilgrims join the Goverdhan parikrama,” Gopi Ballabh, a panda, said. 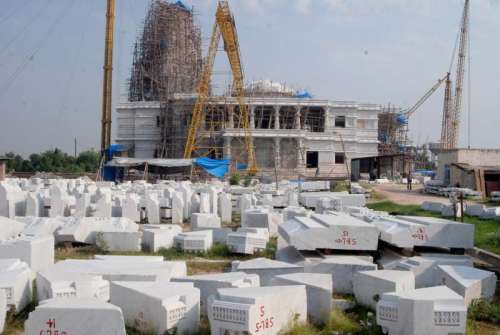 “Vrindavan annually receives 80 lakh pilgrims who demonstrate the living devotional heritage of Braj by engaging in various unique and heartfelt activities, including the 21-kilometre circumnambulation of Govardhan Hill in dandavats (the act of lying down, marking one’s place, and then moving one body length forward to lie down again until circumnambulation is complete),” Jagan Nath Poddar, convener of the Friends of Vrindavan NGO, said.
“In the realm of arts and music, the area has nurtured haveli sangeet, samaj gayan, raas leelas, dance forms like Charakula and inspired paintings and sculptures. Hindi literature in Braj bhasha dilect has been enriched by great poets like Surdas and Rasa Khan. Krishna and Radha are the chief focus of the dance called Rasa dance, which teaches the world that God loves everyone and allows all to long for Him and to enter His abode,” said Madhumangal Shukla, convenor of the Braj Vrindavan Heritage Alliance (BVHA).

Vrindavan and the greater area of Braj have inspired the founding of religious and monastic communities all over the world, many of which are named after places in Braj such as Vrindavan and the events which have taken place there. “There are not many New Yorks but many New Vrindavans, New Varsanas, New Goverdhans, and New Gokulas in all countries around the world which are visited by pilgrims. These are all places created in the spirit and image of Vrindavan and greater Braj,” Girdhari Brajwasi, a local priest, said. 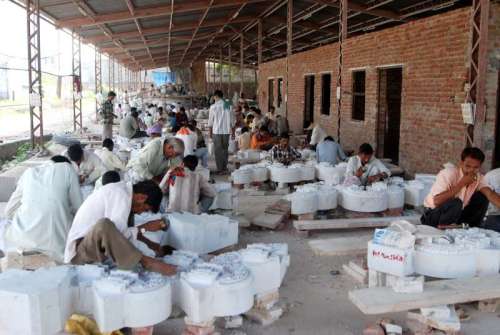 All philosophical schools of India have ashrams in Vrindavan, making it home to a wider variety of Hindu philosophy than any other tirtha (pilgrim centre) in India.
“Vrindavan and the greater Braj region encompass an amazingly broad range of living devotion; God can be worshipped as a child in Vatsalya Rasa, as a friend in Sakya Rasa, as a servant in Dasya Rasa and even as a sweetheart in Madhurya Rasa. These modes of devotion are unique as a broadly accepted multi-part system, and the theological concepts they embody are arguably more varied than those found in other world religions,” activist Chandra Prakash Sharma said.
Vrindavan and the greater Braj region have the most impressive architectural pieces inspired by love; slave labour was unthinkable for the seers who inspired Braj’s monuments of devotion. Vrindavan and the greater Braj region practise vegetarianism and abstinence from the consumption of alcohol as a spiritual observance, which, even without being imposed, is followed by almost all, Sharma added.

Vrindavan and Braj have a grand history of royal patronage; it was once the place where every Indian maharajah had to have a temple, guesthouse and goshalla (cow shelter), among others. Today, Krishna devotees who come from distant countries often acquire and renovate these palaces, which are abandoned and neglected since the maharajahs of the past have had their government stipends and royal status taken away.

The name of Krishna in the form of the Mahamantra or Govinda is the most recorded and heard music in the world; for example, George Harrison’s song, “My Sweet Lord”, is still amongst the world’s most requested and well-known songs, Poddar explained.

The Yamuna river in Vrindavan has numerous ghats with permanent structures that need to be conserved. The ghats have to be renovated and a canal can bring water to attract visitors and facilitate boating.
“We hope our MP, Hema Malini (of the BJP), will pursue the matter and soon we will see some fundamental changes. The state government has already constituted a separate board for the development of the Braj area,” Poddar said. 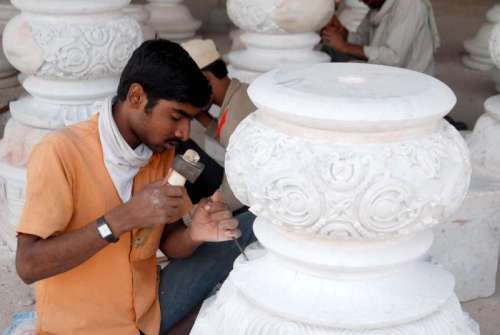