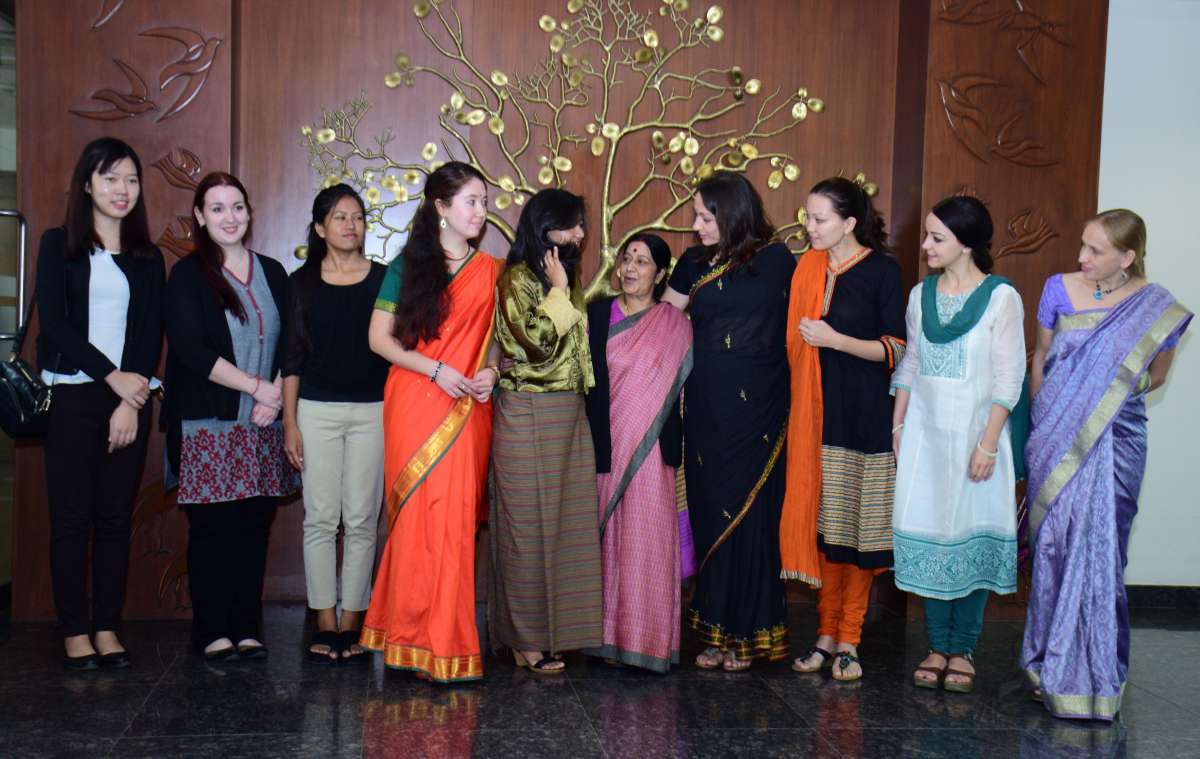 “Our focus is growth with good governance and transparency with an eye on manufacturing, infrastructure and trade,” she said in an interaction with the business community in Abu Dhabi.
Highlighting her government’s achievements, she said it was “firmly committed to bring back growth, have clear policies which will facilitate business environment, transparency and speed, well thought out decisions. The result is there before you in just five months: GDP growth is showing early signs of recovery”.
The minister said making India an investment and manufacturing destination was Prime Minister Narendra Modi’s utmost priority.
She said the “Make in India” campaign, launched by Modi Sep 25, represented an attitudinal shift in the way India relates to its investors.
“I feel that there is no better time than now for the UAE business community to join our hands as partners in India’s growth story. There are immense possibilities to enhance trade and investment cooperation.”
Seeking to allay fear of investors, the minister said: “I understand the apprehensions in the minds of some of you regarding your past experiences of investments in India. But let me assure you that our government is committed to honour the commitments made and opening up of sectors for foreign investment.”
“Bilateral Trade and Investment Protection Agreement between India and UAE have entered into force with effect from 23 September 2014 and would facilitate safety of your investments,” Sushma Swaraj added.
She said that the UAE was among the countries with which India has a Double Taxation Avoidance Agreement “having certain preferential features conducive for increased investment in India”, as she promised that investments from UAE into India would “not only be safe but would also provide good returns”.
“Indian investors are already one of the largest groups in the UAE. In turn, UAE can also become a substantial source for meeting our investment requirements. Moreover, the UAE and, especially Dubai, can become our gateway to larger MENA region and, indeed, to Africa as a whole,” she added.