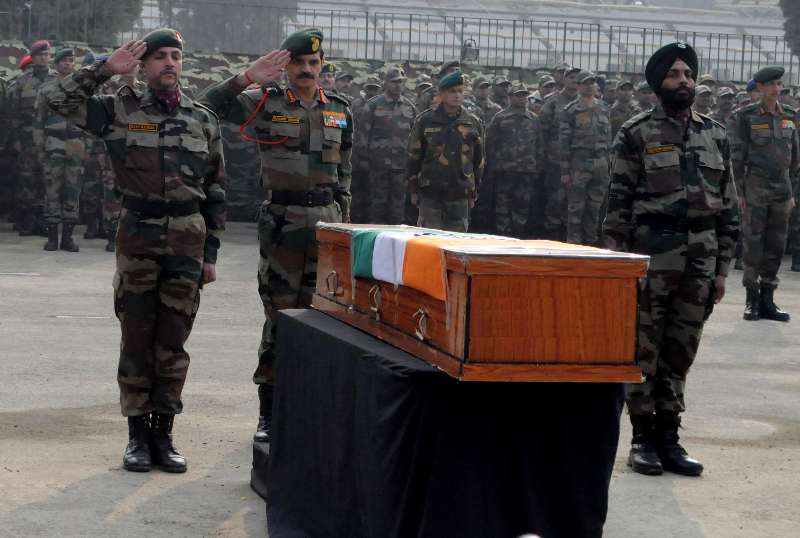 The Indian Army  said the terrorists who killed eight soldiers and three policemen in the Kashmir Valley Friday were trained like Special Forces.

“The kind of ammunition they were carrying shows they were in for a big haul,” he said.

The terrorists had crossed the Jhelum river in Uri as the water level was low there to carry out the deadliest attacks of the day in Uri sector in Baramulla district, Gen Saha said.

The Uri attack began before dawn when a suicide squad struck at an army camp killing eight soldiers and three policemen who tried to intervene. All six terrorists were killed hours later after a gun battle.

The same day, terrorists also carried out attacks at three other places, leaving a total of 21 people dead including those killed in Uri.

“The type of infiltration and attacks … proves these attacks were highly coordinated,” Gen Saha said.

Without directly referring to the assembly polls or Prime Minister Narendra Modi’s visit to Srinagar, he said the terror attacks took place “because of the larger events taking place in Jammu and Kashmir”.