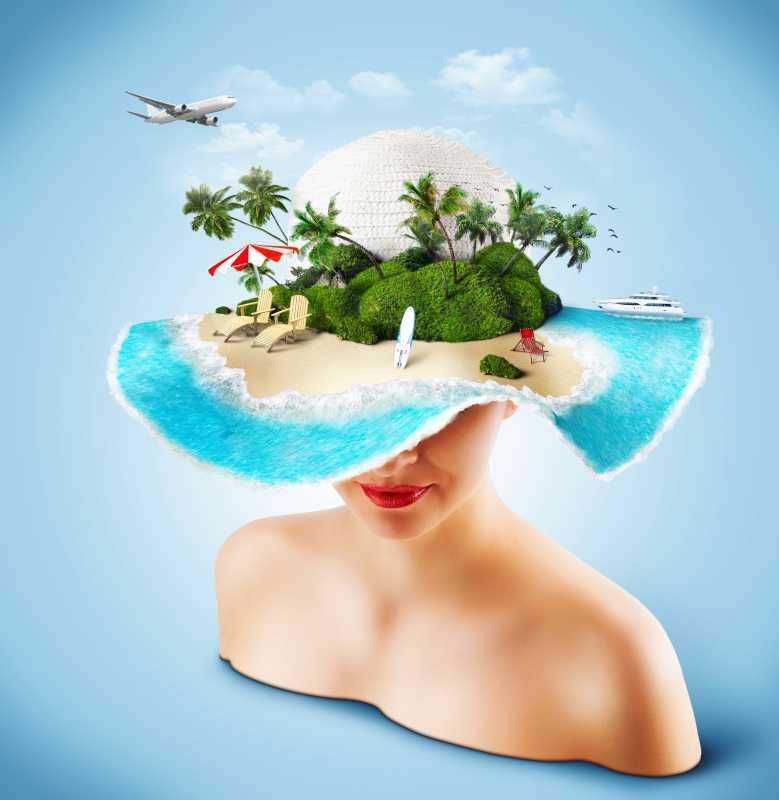 On a flight recently, I chanced to sit near a crusty old man reading a novel and a lady of some thirty-five years, who had evidently come straight from a shopping spree to the airport and charmed her way past security with half a dozen duty free bags, a carry-all and her gigantic purse that had several strings attached to it. As she was on the window seat she had to clamber over him to reach her place. Naturally, she nudged his book out of his hand and it fell to the floor.

She apologised cheerfully, then struck him above the knee with a bag as she returned over him to place her overnighter in the luggage bin. It would not fit so she pummelled it, while her handbag swayed dangerously in front of the crusty man’s face, the oscillation doing very little to improve his mood. Finally she re-clambered over him and spread her items on the ground, under her seat, under the seat in front of her and on the side of her seat.

The charming young lady was now struggling to find the second section of her belt which had done a disappearing act just as seat-belts are inclined to do. So as she squirmed and wriggled to find it, the man with the book dispatched filthy looks in her direction like rockets being fired at aliens in a video game. Finally, the belt strap was located and the lady picked up the inflight magazine.

Then she realised she needed something so she stood up, undid her belt, brushed past the old man and his book and opened the luggage bin. He growled a sort of growly sound in the back of his throat followed by more growling sounds by which time she had unzipped three pockets on the overnighter and then, having located her glasses, zipped them back again with that “zzzrrrttt” sound shrill enough to make the crusty man flinch three times. She then said, excuse me, and pushed her way back to the seat where she began to grope again for the belt.

My seat mate rubbed his hands with glee and said, considering we hadn’t yet taken off, things looked very promising. She now opened her handbag by pulling the strings outwards and past and across the vision of the old man, rummaged about inside and pulled out her contact lenses packet and a handkerchief.

Then she proceeded to flick her lenses out of her eyes. The Captain of the flight, unaware of this high optical drama in the cabin, chose that very moment to roll down the runway, so she staggered against the motion and let out a pleasant little shriek. She’s dropped it, said my partner joyfully, she has dropped it, oh this is fun. I have dropped it, she said to the old man, I have dropped my lens, you pushed me. I most certainly did not, he said.

Yes, you did, now don’t move, stay still, you could crush it. The Captain, meanwhile, crossed the V2 point of no return on the runway and rotated the aircraft into the sky. For five minutes young lady and old man sat in frozen tableau, she indignant and he bristling at the invasion of his privacy. When the seat belt sign went off, she was on all fours hunting for the little lens while he recoiled in horror. The stewardess brought a dust-buster and the young lady kept saying, don’t move, stay still, don’t lift your foot and other such sundry advice. The lady was now flailing about on the floor, and as much aplomb as a man might have it is not easy to display much elegance when a pretty young lady is crawling about at your feet and you are plunging along in a metal tube at 30,000 feet.

The old man had given up all pretences to elegance especially since he could not move his foot. She now began to search the open mouth of her duty free bags. Items of purchase were pulled out and scattered on seats 12-A and B and the old man was co-opted to participate in the hunt by being ordered to hold this, will you, and don’t move your feet.

The young lady was, meanwhile, flinging things to the winds and my seat partner was rollicking with silent mirth. Naturally, the dinner service was announced while the hunt was still in its throes and now the old man could not eat since she would not allow the trays to be pulled out till her lenses were found and he could not move for fear of crushing the little orb. So while we ate and watched the drama unfold, the old man buried himself in his book and my partner said he was sure he heard him sob. An hour into the flight, it became clear that the lens had vanished and the debris had to be put back on the bags. We were well into approach when the packing was completed. The old man, having long given up his book, decided to be gallant. I am sorry you lost your lens, he said. That’s alright, she said cheerfully, I have another pair.